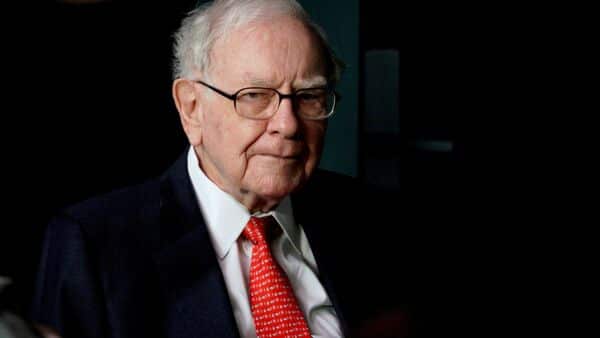 Berkshire, which Buffett has led since 1965, also said on Saturday that quarterly operating profit was little changed from a year earlier as some companies were able to weather supply chain disruptions. Geico, the car insurer, recorded an underwriting loss.

The Omaha, Nebraska-based company also said it repurchased $3.2 billion of its own stock in the quarter, but none in the first three weeks of April.

The Berkshire revelations suggest Buffett has finally found significant new uses for Berkshire’s cash pile, which has shrunk by more than $40 billion to about $106 billion.

This follows Berkshire’s purchase of more than $6 billion in shares of Occidental Petroleum Corp, where it already had a preferred stock stake of $10 billion.

Berkshire ended March with $391 billion in stock, more than half of the company’s $712 billion aggregate market value.

Other businesses include the BNSF railroad, Berkshire Hathaway Energy, and various manufacturing and retail businesses, including See’s Candies and Dairy Queen ice cream.

The net results included $1.58 billion in gains and losses on stocks including Apple Inc, as well as Chevron.

Berkshire released its results ahead of its first in-person annual shareholder meeting since 2019 in Omaha.

In its quarterly report, Berkshire alluded to the invasion of Ukraine, without mentioning it specifically, and the spread of Omicron variants of Covid-19 when discussing the supply chain issues that many companies now face. .

“Significant supply chain disruptions and higher costs persisted into 2022,” he said. “Furthermore, the development of geopolitical conflicts in 2022 has contributed to disruptions in supply chains, driving up the costs of raw materials, goods and services in many parts of the world.”

Revenues rose in both cases, however, with BNSF benefiting from higher fuel prices and surcharges, and revenue from car and truck sales rising because vehicles become more expensive.

Earnings at Berkshire Hathaway Energy, one of Berkshire’s largest companies and a stable earnings generator, rose 7%, helped by higher margins on electric utilities and tax benefits at its MidAmerican unit Energy.

Berkshire shares have weathered recent market volatility much better than many other major US stocks. Its Class A shares have risen more than 7% this year, while the Standard & Poor’s 500 has fallen 13%.

This story was published from a news feed with no text edits. Only the title has been changed.

* Thank you for subscribing to our newsletter.

Cosmo Oxford: “I tried the buffet restaurant and it was like I was on a package holiday”

Restaurants and customers welcome the return of self-service buffet lines