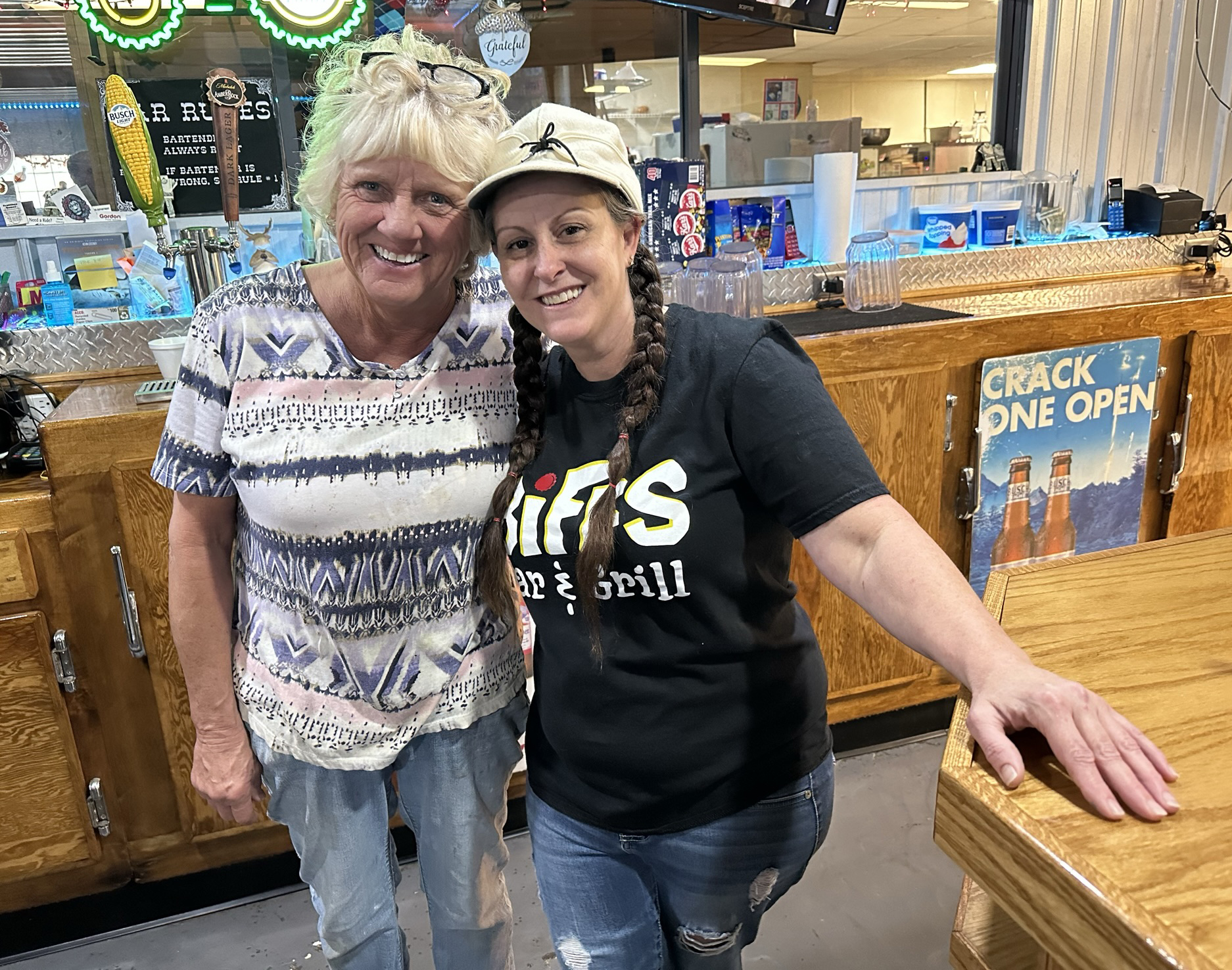 When sportswriter Tom Greene and I pulled into the parking lot of Biff’s Bar and Grill in Kinde on November 15, we had barely gotten out of the car when the empty spaces we had left were filled. It was just before noon when Biff’s opened for its annual opening day hunters buffet.

After waiting in line for a few minutes and paying at the door, we entered the place and found ourselves in the middle of a sea of ​​camouflage and hunter’s orange.

Tom had offered the special buffet as a suggestion when I was deciding on the next local restaurant to visit for the semi-regular food column. He said he had been there on opening day the year before and it was damn good.

Tom and I made our way along the buffet queue and spent a moment looking for a place to sit when we spotted a small empty table near the shuffleboard area, a cartridge of chalk posed there.

Last Tuesday when we walked inside it was almost impossible to find a place to sit. It was a good thing to see considering the pandemic has thrown a wrench into Missy and Bruce Langly’s plans to reopen the place in 2020.

Missy said they intended to open just as COVID hit in March 2020 and delayed the grand reopening until August this year. Missy gave a condensed version of events as she hastily cleared the tables to make room for other hungry hunters.

Meanwhile, Tom and I dug. We had precariously piled our plates with homemade mashed potatoes and gravy, chicken, turkey, sausage and sauerkraut, meatballs, lasagna and stuffing. Tom helped himself to soup (chicken and potato were both on the menu), and green beans and pig-in-a-blanket type things were also among the offerings, as were several desserts, rolls, and salad. cabbage.

I immediately understood why the place was overrun. Every dish I tried was delicious, largely because everything was homemade. I briefly worried about ruining Thanksgiving dinner by indulging in the mashed potatoes and gravy, but quickly let go of those fears by putting hot food in my yelp.

Missy gave all the credit to Cheryl Peyerk, who has worked at Biff for more than 40 years, taking the job when she was old enough to work at a place that sold alcohol. Cheryl cooked all the food, which included an all-star range of daily specials available in addition to the standard burgers and pizzas.

Cheryl spoke about the former owners, Rose and Biff Yagerman, and how Rose expressed her desire for the old bowling alley to remain open after Biff passed away in 2018. Cheryl said she was more than willing to stay with the new owners and seemed to really like her job and the people she worked with.

“Why go anywhere else when you’re happy where you are?” Cheryl said.

She was also very proud of her cooking and wishes everyone who dines at Biff to support her work.

“If anyone complains, they can only complain to me,” she said.

No complaints here. None from Tom either. Here is what he had to say:

“Biff’s has always been a go-to place for me so far since I’ve been in Thumb. Missy, Korey, Maeg and Cheryl are a great team that take great care of their customers, myself included.

The hunter’s buffet was a definitive prelude to what most of us will eat on Thanksgiving. And it did not disappoint. I had a plate full of mashed potatoes and gravy, turkey, stuffing, Polish sausage and kraut, meatballs, potato soup, a roll and some desserts different.

All in all, it was an excellent hearty meal which I thoroughly enjoyed. If you ever have the opportunity to try Cheryl’s cooking, take advantage of it. You will enjoy it like me.”

Birdsall here. I couldn’t agree more. It was good food as it was homemade and prepared with care.

In addition to the hunter’s buffet, Biff’s also hosts a Polish buffet in September during Kinde’s annual Polka Fest, and Missy said they may host another buffet for the opening day of the pheasant season.

The secret to making the perfect buffet — from Honey & Co

Is the Old Country Buffet closing?