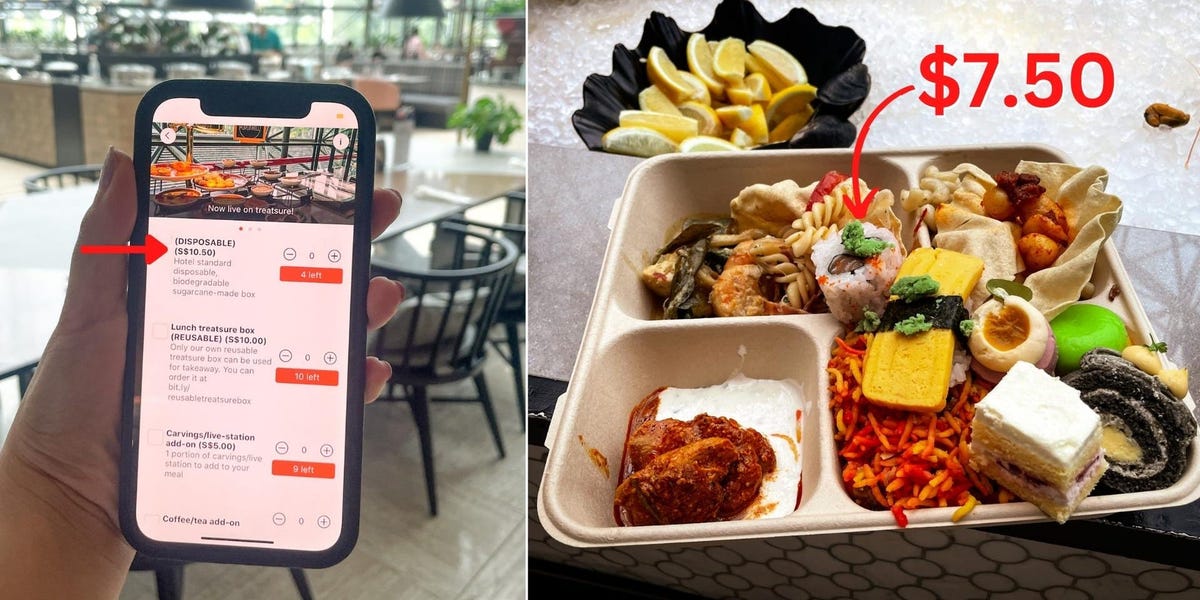 Treatsure, an app that lets you eat buffet leftovers for $7.50

Buffets are among the most popular restaurants in Singapore, but they can be expensive. If you fancy lunch at a buffet restaurant in a five-star hotel, be prepared to shell out at least 50 Singapore dollars, or $35.50.

For example, Clove at Swissotel Stamford, which is known for its mix of international and Western cuisines, charges SG$68 for a weekday lunch.

But a buffet lunch doesn’t have to be a luxury — just ask Treatsure, a Singaporean company that charges customers discounted rates for gourmet buffet leftovers.

Treatsure, launched in September 2017, is called a “buffet in a box”: People can download the app, take a trip to one of its twelve partner hotels and take away leftovers from the buffet for SG$10.50 .

Co-founder Preston Wong said the idea for the app came about when he watched his family remove expired items from their fridge.

“We launched the app to target food and drink waste,” Wong told Insider in an email. “I discovered that the problem of food waste was as difficult in the food industry as it was in households,” he added.

The app currently has 40,000 users, according to internal documents Wong showed Insider.