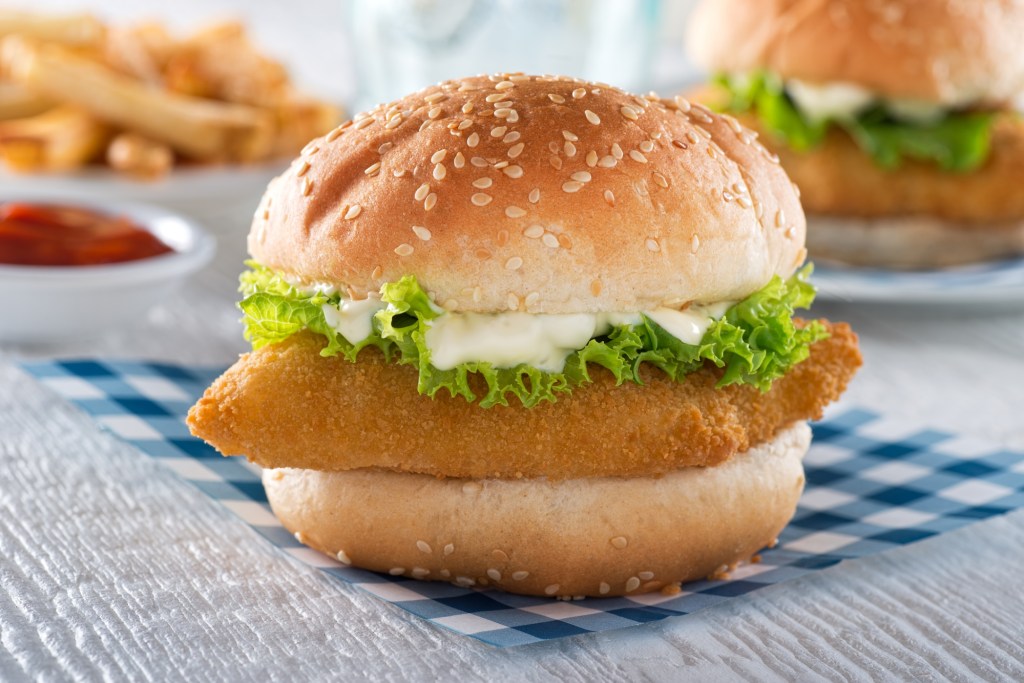 These Californian fast food joints have seafood on the menu

The season of Lent has arrived, during which Catholics and others avoid eating meat on Fridays.

To that end, fast-food restaurants conducted their annual seafood rollout.

Here’s what you can find on the menus this year:

The chain known for roast beef is offering a trio of fried fish sandwiches for the season.

The Crispy Jumbo Shrimp taco includes shrimp, cabbage, secret sauce, and pico de gallo in a flour tortilla, served with a slice of lime. The cost is $3.29 for one or $5 for two.

The Crispy Jumbo Shrimp Stuffed Taco Quesadilla features shredded cheddar cheese and queso blanco grilled between two flour tortillas and filled with shrimp, shredded cabbage, secret sauce and pico de gallo. It sells for $3.59, while a version with guacamole costs $4.09. A pair retails for $6.50 and $7.50 for the non-guac and guac versions, respectively.

jack in the box

jack in the box brought back their Fish and Deluxe Fish sandwiches.

The cost is $3.99 for the standard sandwich and $5.99 for the deluxe sandwich, and either can be made into a combo for $1 more.

Popeyes brought back its Flounder Fish sandwich, in a classic and spicy version.

The spicy version replaces the classic crispy fillet of plaice with a coating of spicy batter.

Both sandwiches sell for $4.49 a la carte, and Popeyes Rewards members receive 150 bonus points for ordering the sandwich through the app.

the Plate of two Argentinian shrimp tacos with honey and chipotle features flour tortillas filled with shrimp on a blend of three melted cheeses, romaine lettuce, and a blend of cilantro and onions, all topped with a creamy white chipotle sauce, a new honey sauce chipotle and pickled red onions. The plate includes black beans, tortilla chips and a slice of fresh lime.

Wendy’s The crispy Panko Fish sandwich is back on menus.