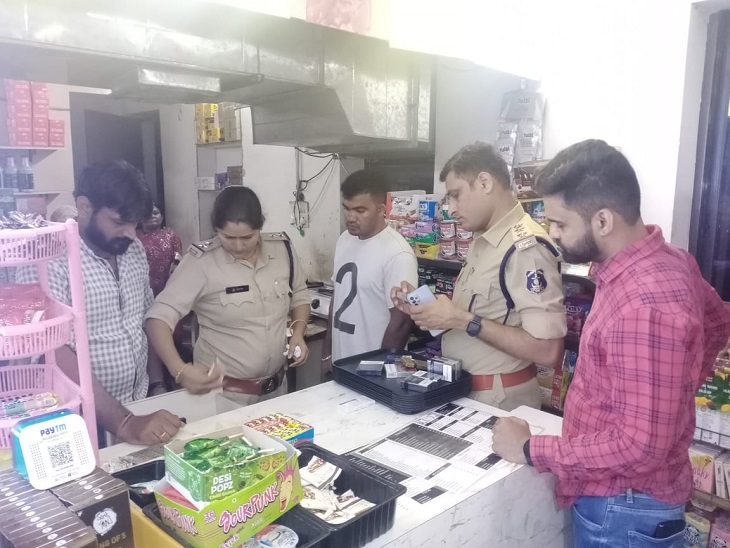 There was a fast food restaurant outside and a bar inside, 4 arrested in a raid on VIP Road

The VIP Road and Mana area of ​​Raipur is dotted with illegal drug dens. Many cafes and restaurants carry out their illegal activities here keeping the rules in their pocket. The action of Telibandha Police Station and Mana Police Team proved that hookah bars and illegal liquor sales have been organized here for a long time. Hookah is banned statewide. It is illegal to serve alcohol without a bar license. But dozens of bottles of wine, whiskey and beer were found in the VIP Road restaurant. 4 people were also arrested.

The police searched various places. The first action took place at Diya Cafe on VIP Road. During the police raid, Ravi Ahuja, the owner of the cafe selling hookah and selling hookah products, was found here. He was stopped. Packets of banned cigarettes were also found nearby.

Indeed, the police had long been receiving complaints about these places, which were searched on Monday. Now the owners of the bed barn and restaurant are on the run. The police are also looking for them. Apart from these restaurants, it says on the board to sell fast food. But for a long time they profited here by serving alcohol. Raipur SSP Prashant Agarwal said Raipur Police are constantly monitoring Dhaba, the hotel, restaurant and Hookah Cafe. Legal action will be taken against anyone found serving hookah or alcohol.