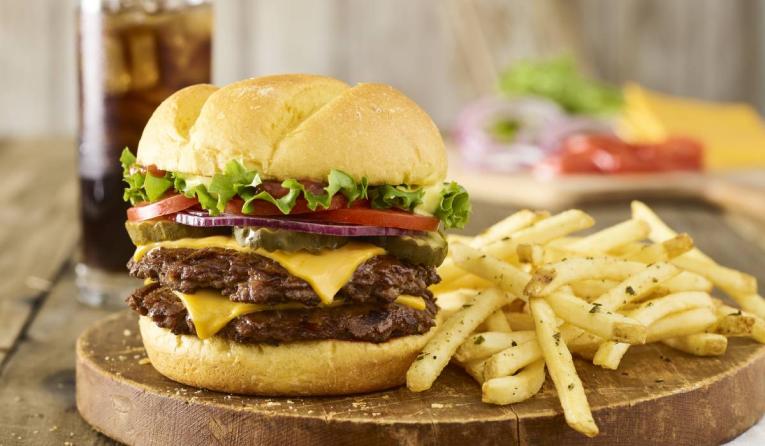 The fast-food Burger is still on the rise

The burger remains one of the nation’s best-selling foods, found everywhere from fast food restaurants and gastropubs to carnivals and high-end restaurants.

While other products are becoming fashionable – the fried chicken sandwich being recent – the burger has not lost as much ground as one might think. Just consider the fact that McDonald’s serves 1% of the world’s population every day. That’s 68 million people, or 75 burgers sold per second.

But if burgers are so ubiquitous, and good burgers too, what keeps customers coming back?

For Smashburger, it’s about staying true to what the brand does well and keeping those hallmarks: each burger is mashed on the grill for 10 seconds before it’s allowed to cook. “We tell this story almost continuously,” says Scott Johnson, chief marketing officer for the Denver-based company.

It is not only an important branding piece, but also caramelizes the patty and adds flavor. “Our process is as important as our ingredients. We have such a unique way of cooking our burgers and it will always be our bread and butter,” adds Ty Goerke, Senior Chef and Senior Operations Manager.

But the brand doesn’t just rely on cooking technique, it also focuses on quality ingredients that include 100%. Angus beef. Everything is prepared on site and Smashburger cooks meals to order.

As a brand, Goerke says, Smashburger must continue to deliver customers’ favorite burgers, but also constantly anticipate. “We have to keep developing… and creating what people want.

Burgers are so important to Hopdoddy Burger Bar that in January it bought another burger brand, Grub, adding 18 stores to its 32, mostly in new markets.

The burger, he says, “is so well positioned as a food container because of the flavors, food constructions, and customization.” Add to that, he says, “the flavor of the burgers, the juiciness of the burgers. You can be dynamic with flavors and ingredients. Yet at the same time, he points out, burgers are comfort food. “We embrace this concept of making the familiar in an unfamiliar way. This means the type of burger construction, but also the source part, the cooking and the preparation. »

On Grub and Hopdoddy’s menus, classic burgers and their slight variations make up 60% of burger sales, though the desire for customization has increased during COVID, Chandler says.

Killer Burger remains true to its mission of being an oasis of life “and bringing back the nostalgia of having a burger on the grill in your backyard,” says John Dikos, president and chief development officer of the Portland-based fast casual, Oregon.

“In everything you do, you better clarify what you are doing and who you are. There are so many upstarts, so much noise. There has to be a story, you have to be authentic and not try to be something you’re not, have faith in who you are.

Killer wants every bite of its burgers to be well thought out: so the bacon is crisp enough to break, not bend, when bitten, and so there’s topping in every bite.

To achieve this, he focuses on the ingredients. “Every bite has to be a clean bite to ensure the product that comes out the door is good enough,” says Dikos. Killer Burgers teams, he adds, feel empowered to let the waste rise in order to produce that perfect burger – even an imperfect pickle gets thrown away.

It is undeniable that if burgers remain the star, the predominance of vegetable food has shaken up traditional menus.

Smashburger is very aware of this trend. There’s been a black bean burger on the menu for 12 years, but it’s time to reframe it, says Goerke. The company is now removing the cheese and egg to make it vegan. It also adds shake options and vegan sides. “Even though we’re a burger company, we’ll respect what’s going on,” he says.

Smashburger also introduced a pulled pork tailgater in late 2020. “It was not only new and interesting and brought another protein ingredient to the burger, but also showcased our culinary expertise,” Johnson says. “Having burgers in many different forms is where we want to go and as consumer tastes evolve, we want to evolve with them.”

Hopdoddy leaned into Beyond Meat. “We’re impressed with their team and their CEO has been a tremendous resource, so we see ourselves being more aggressive in this area and introducing plant-based products when and where we can,” Chandler says.

Some consumers are turning to plant-based foods out of concern for the environment, which has led brands to engage in better sourcing practices to make progress towards mitigating climate change through to their beef as well.

Hopdoddy changed his practices to become a better steward of the environment. The company only works with farmers and ranchers who engage in regenerative farming practices. And it works with companies whose core values ​​align with those of Hopdoddy. “We are committed to investing in breeders and suppliers who share core values ​​with us, because it should be a sustainable ecosystem,” Chandler says.

IKEA is offering a special dinner buffet from April 11 to 29 at just RM19.90 per person!