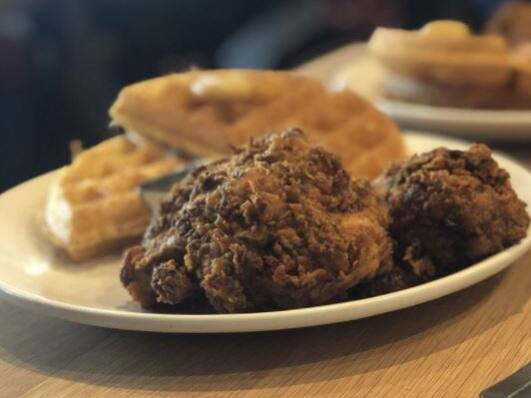 The last remaining location of Brown Sugar Kitchen, celebrity chef Tanya Holland’s famous soul food restaurant in Oakland, has closed after nearly 15 years, as first reported. Oaklandside. The restaurant’s closure just before Christmas was originally supposed to be temporary, but Holland has now decided to make it permanent.

“When you don’t have all the resources you need for decades, it adds up,” Holland told SFGATE. “I held on for as long as I could. I fought the resistance probably a lot longer than I should have.”

Holland first opened Brown Sugar Kitchen in West Oakland in 2008 (a location now home to Horn Barbecue), gaining popularity for its chicken and waffles and other soulful dishes. The restaurant then moved to the Uptown Oakland space at 2295 Broadway in 2019. Meanwhile, the Dutch star was on the rise, going from competing on “Top Chef” to receiving multiple Michelin Bib Gourmand awards.

Holland’s success led her to open a second Brown Sugar Kitchen location at the San Francisco Ferry Building in 2019, but that didn’t last long – it closed in early 2020. During the pandemic, the Oakland location also experienced difficulties. In the spring of 2021, Brown Sugar Kitchen filed for Chapter 11 bankruptcy. But Holland does not attribute the decision to finally shut down entirely to COVID.

“Considering we’ve been in business for almost 15 years, if there had been the right resources throughout the process, I think we would have survived because we would just have things in place,” she said. declared. “I think there are a lot of restaurants similar to us that have survived, and some people are opening new restaurants. I mean, it’s COVID, but that’s also happening in Oakland right now… with all the desks and storefronts empty. I’m between closed retail spaces and none of the office spaces are occupied so there is no traffic. “

In the Oaklandside story, locals have reacted to the news with sadness and a wave of support, from fellow restaurateurs to Oakland Mayor Libby Schaaf.

“Everyone is like, ‘this is a loss for Oakland,” said Holland. “Everyone has been really great.”

The new Dutch “plant-forward” café, Town Fare, which opened last summer at the Oakland Museum of California, remains open. In the future, she will focus her efforts there, as well as her work on the board of directors of the James Beard Foundation.

“I will continue to try to make an impact in this industry through my work with the Beard Foundation,” Holland said. “… I’m involved in so many different boards because there just isn’t another established African American voice in the hospitality industry at the level I am at. So I continue to be invited to panels and tips to discuss some of the challenges in our industry, especially for people of color. So I will continue to do this kind of work as well. “