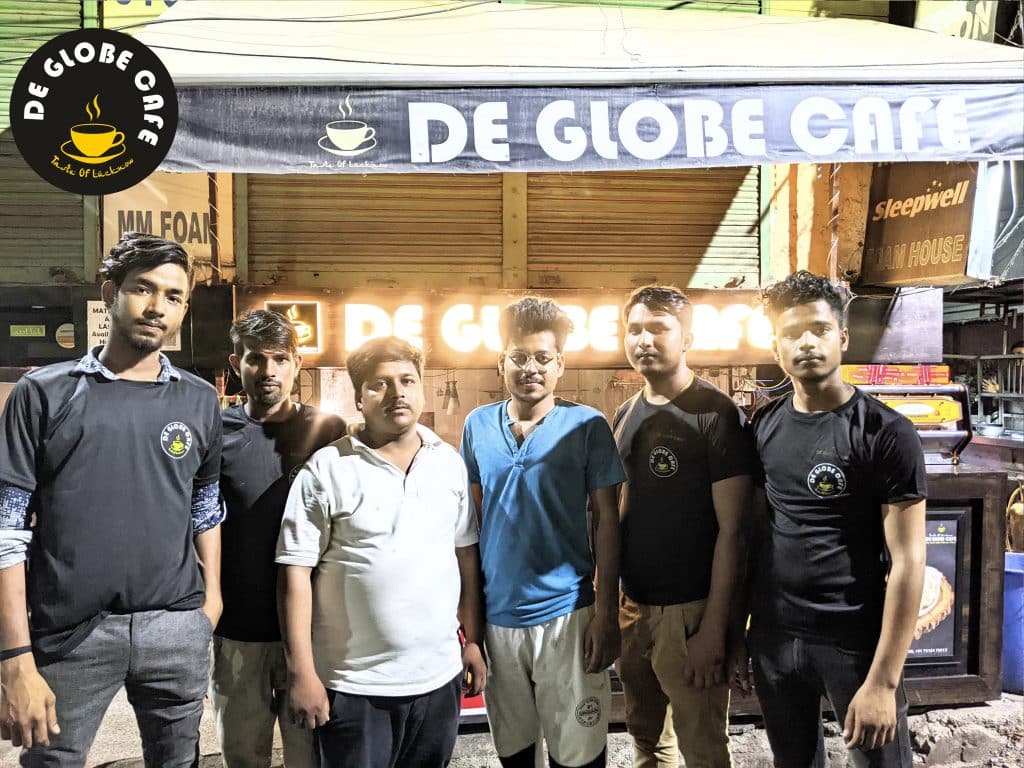 Cafes, hotels and restaurants have very interesting stories. However, finding their names, what prompted their owners to come up with a plan to work on such cafes? and many others have always been a hot topic of interest among young entrepreneurs. Likewise, we found a very interesting story about a cafe called De Globe Cafe and its owner Mohd. Azhar. He opened this cafe on September 11, 2020 with the aim of serving millions of people with varied quality food. Mohd Azhar also worked in Dubai for 4 years in an automobile workshop following his family tradition. Although his views are quite different when it comes to following his family business, rather than working in an auto shop in Dubai, which pays him well, he returns to India and is the first in his family to take a step in this food company. industry. The Aali-Shaan restaurant, which was a Mughal restaurant, was his first try in this business. Lacking much experience in this area, the restaurant could not survive more than two months. His family even advised him many times not to take this risk, but he remained steadfast. His brother Mohd Adnan supported him even when everyone was against his decision, which gave him great strength. Even after facing this severe downfall, Azhar never looked back, nor did he lose his determination to keep moving forward and thus created this wonderful cafe “De Globe Cafe”.

However, since De Globe Cafe was launched during the pandemic, it has faced many difficulties. Whether it was financial problems due to lack of customers or new ideas to increase sales, Mohd Azhar and his team never lost faith in making this cafe a success. They continued to improvise the menu and came up with mouth-watering delicious Chinese dishes with the help of chef Dilip Kumar and caretaker Prajwal Dixit. He and his trustworthy team struggled a lot in their early days, but all of those hardships paid off very well. Their unique Chinese dishes and affordable fare can be considered one of the best in Hazratganj, Lucknow.

Striving to be one of the best, they constantly work hard. Their dishes like Chicken 65, Chicken Momos, and Chicken Samosa are one of the top selling foods at Swiggy and Zomato. Chicken Samosa was a dish he improvised over and over again and is now one of his top-selling customer favorite snacks. Under the influence of Marketing Mantraa, which is one of the best digital marketing companies in Lucknow, De Globe Cafe is bound for success. He strongly believes in his will and wants to expand his business across Lucknow and even outside. Time waits for no one and neither does life, keeping this quote in mind, Mohd Azhar believes that if a person devotes himself to his work then he can do anything if he has the required willpower. De Globe Cafe has remained firm in its positions and maintained its pace to steadily move forward, and it will continue to do so with all its might.