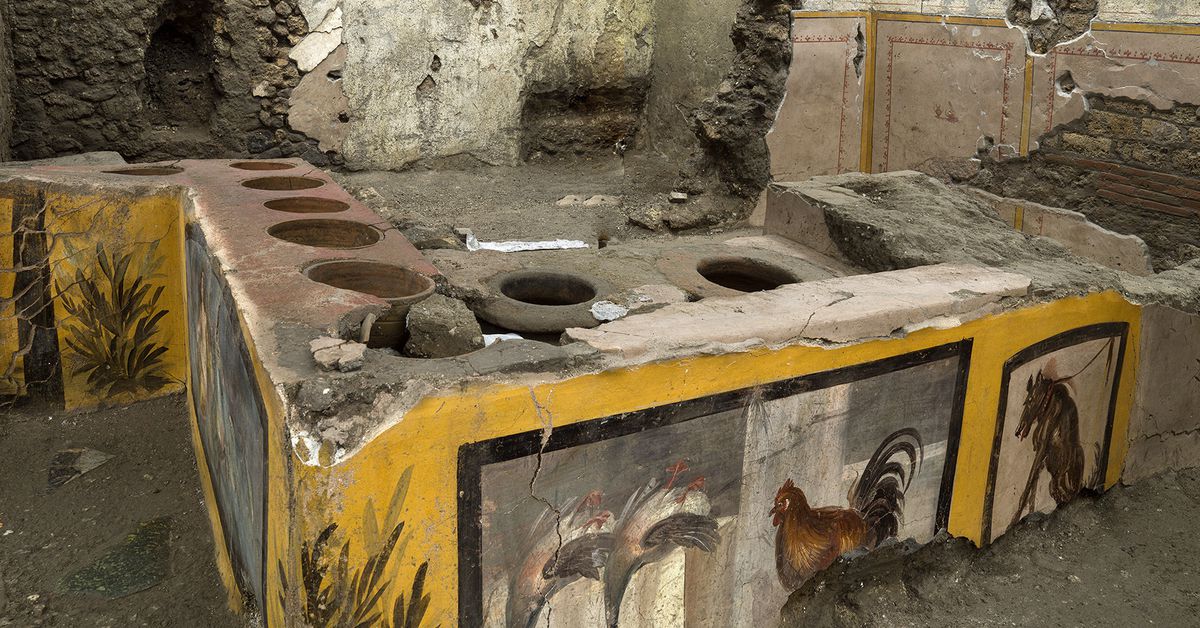 While the fast food boom didn’t start in the United States until the turn of the 20th century, the Romans apparently ordered food over 2,000 years ago.

According to SyFy, archaeologists recently completed the excavation of a remarkable thermopolium (food and hot drink store) in the ruins of Pompeii, the infamous city buried in hot ashes following the violent eruption of Vesuvius in 79 BC.

The snack bar was first discovered in 2019 and according to The Associated Press, it is the most complete thermopolium ever discovered.

“Thermopolies… were very common in the Roman world. … In Pompeii alone, there are 80 thermopolia. … As well as being another glimpse into daily life in Pompeii, the possibilities for studying the newly discovered thermopolium are exceptional, as for the first time an area of ​​this type has been excavated in its entirety, and it has been possible to perform all the analyzes that today’s technology allows.

The restaurant counter was fitted with a series of deep terracotta jars from which hot food would be served, much like soup vessels tucked away in modern salad bars, according to The Associated Press.

The exterior of the shop was adorned with a colorful facade that features frescoes depicting a nymph riding a seahorse, two ducks, a rooster and a dog on a leash, according to SyFy. The Associated Press reports that vulgar graffiti was discovered inscribed on the frame of the painting.

Archaeologists have also unearthed 2,000-year-old remains of ducks, goats, pigs, fish and land snails at the bottom of containers left in the restaurant. According to SyFy, preliminary analyzes indicate that the frescoes may have been part of the restaurant’s menu.

The archaeological park of Pompeii official Twitter account recently posted a series of images of the site. You can see the entire thread by clicking on the image below.

The Thermopolium of Regio V, one of the snack bars in Pompeii, with an image of a Nereid riding a seahorse, which had already been partially excavated in 2019, reappears in its entirety, along with other decorative still lifes, food residues, animal bones and victims of the eruption. pic.twitter.com/HYa7NbXvKp

How the pandemic will change the design of fast food restaurants