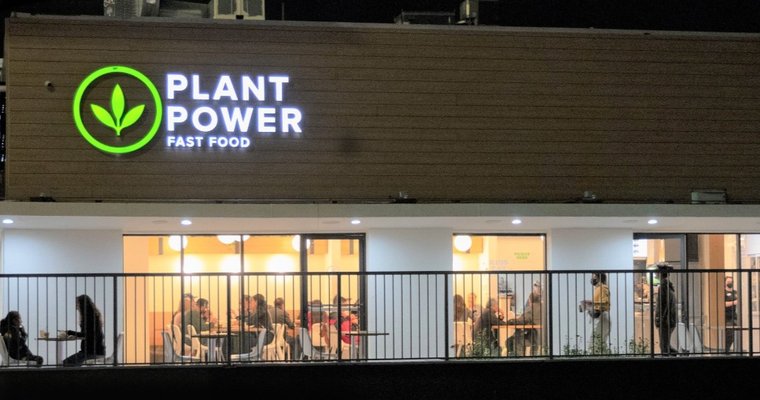 Vegan fast food chain Plant Power Fast Food has opened a Los Angeles location in the heart of Hollywood, California. This is Plant Power’s 11th location and four more units are expected to open by the end of the year, according to a press release.

“We are absolutely thrilled to finally land in Los Angeles and we are especially thrilled to be at the heart of this creative community,” said Jeffrey Harris, co-founder and CEO of Plant Power, in the statement. “In the short time since this venue opened, we have received a warm welcome from local residents as well as the many musicians, actors and studio professionals who travel to Hollywood for the work.”

Plant Power co-founder, president and COO Zach Vouga said the majority of Plant Power’s customers are neither vegans nor vegetarians.

“Most of our guests are omnivores exploring new choices,” he said in the statement. “In recent years, almost everyone has become aware of the negative impact of animal agriculture on the environment and its role as a major contributor to greenhouse gas emissions and climate change. They also know that eating plant-based is much better for them. So imagine eating a delicious “bacon” “cheese” burger with no cholesterol and no artificial ingredients, and then realizing that it’s also better for the planet. is truly revolutionary.”

Spotted: Cruise ship passengers help themselves to the buffet again