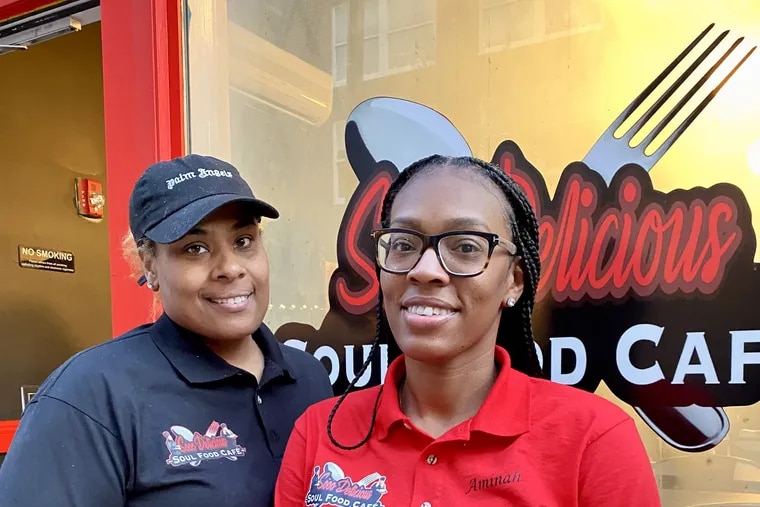 Aminah McDaniel and Angel King came from the cold and the heat.

It’s mostly take-out, although there are several small tables. There is space in the back that can be converted into outdoor seating.

King, from West Philadelphia, and McDaniel, from Germantown, met 13 years ago. King had a baking business and McDaniel was in real estate when they decided to collaborate on a food truck in early 2020, moving to 56th and Vine Streets in West Philadelphia near Haddington Plaza.

It turned out that now was not the right time to start a business. “A week later, they shut everything down,” King said.

Once the mobile food vendors were allowed to resume two weeks later, they set up shop at 5200 Grays Ave., outside their commissary, and began building a clientele. Almost immediately, they started considering a physical location. “We didn’t want to become stagnant,” King said.

McDaniel found the display case, which has a large kitchen on one side and a small dining area and room for a menu board and cash register on the other side.

Just as they drew workers from businesses near Grays Avenue, King and McDaniel drew staff from Thomas Jefferson University Hospital, two blocks away. Sooo Delicious is the only soul food restaurant in Washington Square West.

The best sellers so far are the flavored wings (the garlic parmesan and honey hot are particularly tasty), the crab cakes and the grilled and fried salmon.