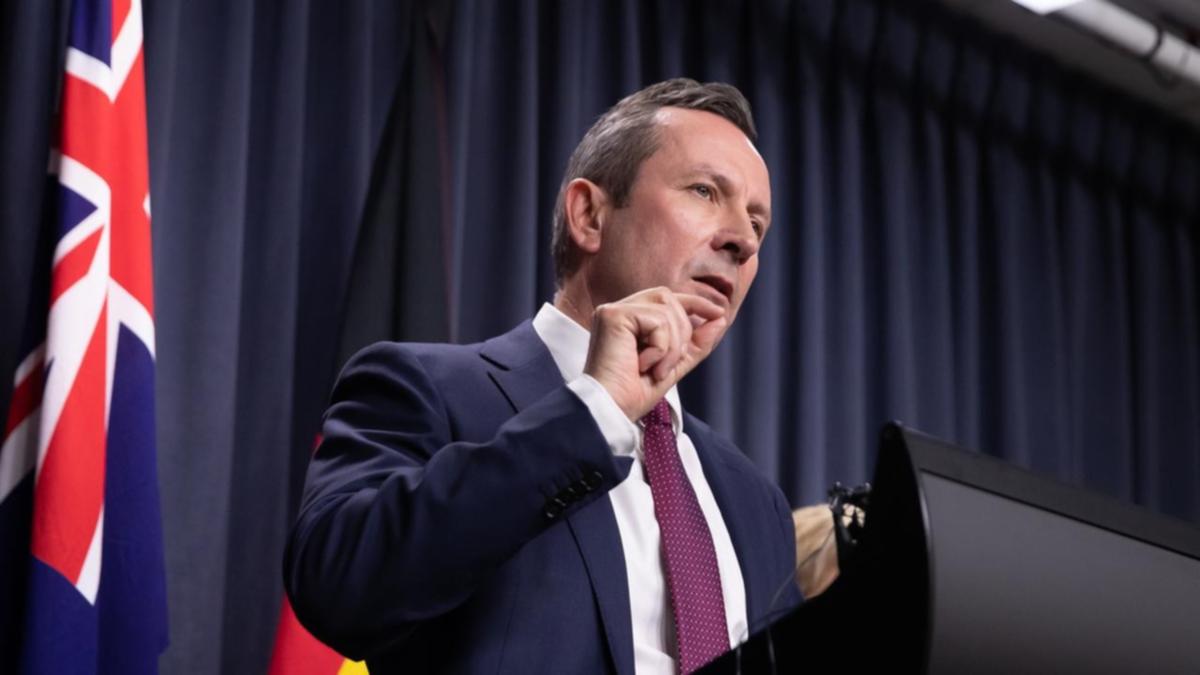 No bottle shops, fast food for WA no vaxx

Unvaccinated Western Australians will be banned from entering bottle shops or dining in fast food restaurants as the state prepares to open its borders.

Premier Mark McGowan said the restrictions would come into effect from January 31 ahead of the February 5 border transition.

Proof of double dose vaccination will be required at all hospitality venues including restaurants, cafes, pubs, bars and fast food outlets for diners.

For more health and wellness news and videos, check out Health and Wellness >>

It will also be needed for visitors to public and private hospitals and aged care facilities, indoor entertainment venues including gaming centers, casinos and cinemas, gymnasiums and fitness centers, zoo , Crown Casino and amusement parks.

The requirement will apply to anyone age 16 and older and will be implemented statewide.

“Life will become very difficult for the unvaccinated from January 31,” the prime minister told reporters on Thursday.

“These will be the broadest proof of vaccination requirements in the country and they are not going to be phased out anytime soon.”

Mr McGowan said West Australians choosing not to be vaccinated were putting themselves and others at risk and increasing the burden on the healthcare system.

WA is set to lift quarantine for fully vaccinated arrivals from February 5, but the government has not yet explained how it will define close contacts of positive cases.

The Prime Minister said this would largely mirror other states’ rules, but declined to provide further details.

“Business and industry are calling for a coherent plan to be made public, but the government seems unable to deliver one,” he said.

Two new local infections emerged on Thursday, one linked to the Hyatt hotel cluster and the other to a household contact of a previous case.

Authorities continue to investigate a woman who contracted the virus from an unknown source.

She was contagious in the community but did not travel to work and there appear to be few potential exposure sites, WA Health said.

Genomic sequencing will determine the variant of his infection amid fears WA could have undetected spread of the virus.

The recent rise in cases in eastern states has fueled concern over how WA schools will operate once borders reopen.

Education personnel must be vaccinated with a double dose before January 31, the date of the start of the school year.

But around seven per cent of staff employed by the WA Department of Education have yet to provide proof of vaccination.

“Since the department began calling school staff this month about their status, the number of people who have yet to upload proof of vaccination has been dropping every day,” the principal said Thursday. department general, Lisa Rodgers.

“There are still about three weeks of school holidays left and we anticipate that employees will use this time to receive their second dose and update their vaccination certificates before the start of the school year.

“We have contingencies in place and over 5,000 vaccinated casuals in the system who can fill vacancies.”