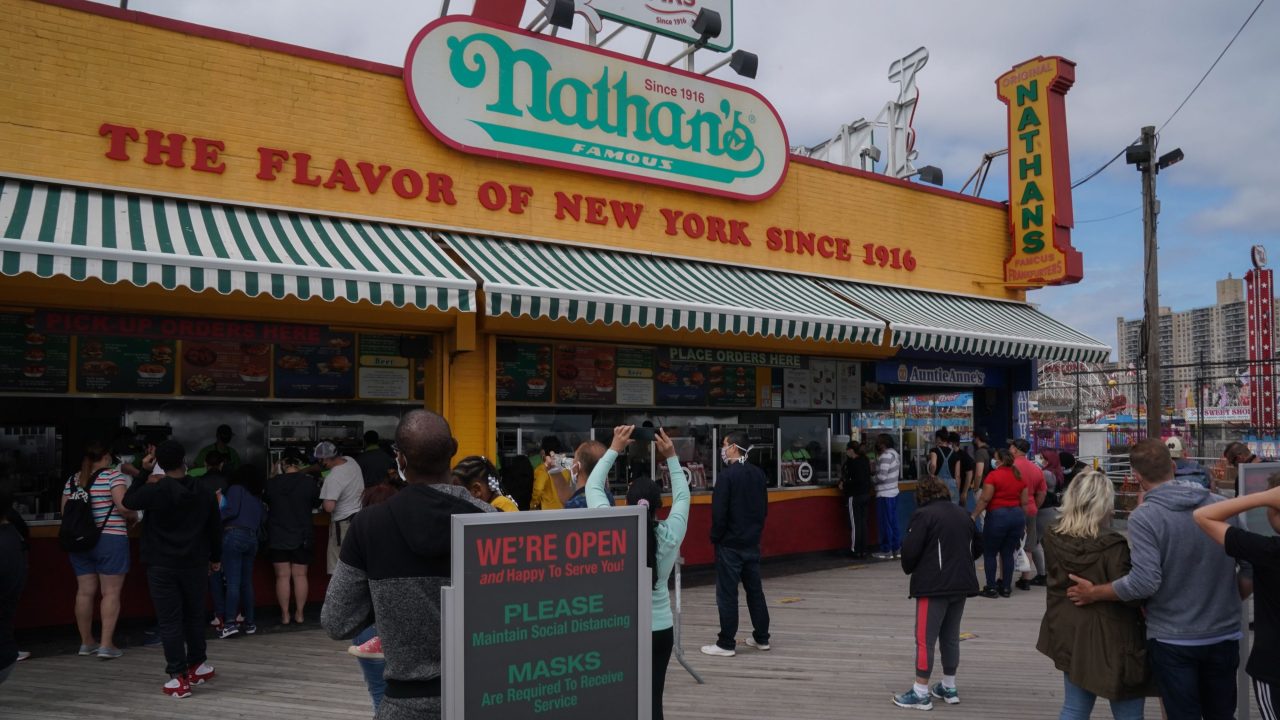 Arthur Treacher’s Fish and Chips, a quick-service restaurant chain that once had more than 800 establishments across the country, is being revived as part of a virtual restaurant concept run by Nathan’s Famous.

In bringing the brand back, Nathan’s Famous initially plans to bring the Arthur Treacher’s menu to ghost kitchens, many of which will feature items from other restaurant brands in the Nathan’s Famous “portfolio”.

Nathan’s also “revamped” Arthur Treacher’s traditional menu to include “enhanced protein” and put more emphasis on shrimp products. Offerings include sandwiches and fish and chip platters, shrimp platters (including a Boom Boom shrimp platter), a chicken platter, and even cheese fries sprinkled with shrimp and bacon, among other dinners. Nathan’s Famous hot dogs, as well as its new chicken sandwiches, will also be on the Arthur Treacher’s menu.

“Nathan’s Famous and Arthur Treacher’s have a long-standing relationship and we’ve worked diligently to retain the brand’s traditional menu items while evolving the menu to match Nathan’s mantra of ‘Craveable, Memorable and Instagrammable “which we believe both operators and customers will love,” said James Walker, senior vice president of restaurants at Nathan’s Famous, in a Press release.

Arthur Treacher’s Fish & Chips, named after English actor Arthur Treacher (who has also appeared in restaurant marketing campaigns), was founded in 1969 in Ohio, RSR Magazine reported. At its peak, the chain operated over 826 locations. As of 2018, there were only a handful left, with the only three “old-fashioned” sites still operating in northeast Ohio, Cleveland.com reported.

A decade later, Mrs Paul’s – a company best known for its frozen seafood – acquired Arthur Treacher’s and replaced its cod offerings with pollock, sparking a “rebellion” among franchisees, the Dayton Daily News reported in 1982. At the time, Ms Paul’s president described Arthur Treacher as being on the verge of bankruptcy, according to the article.

“We think he absolutely has huge potential for growth,” he told QSR.