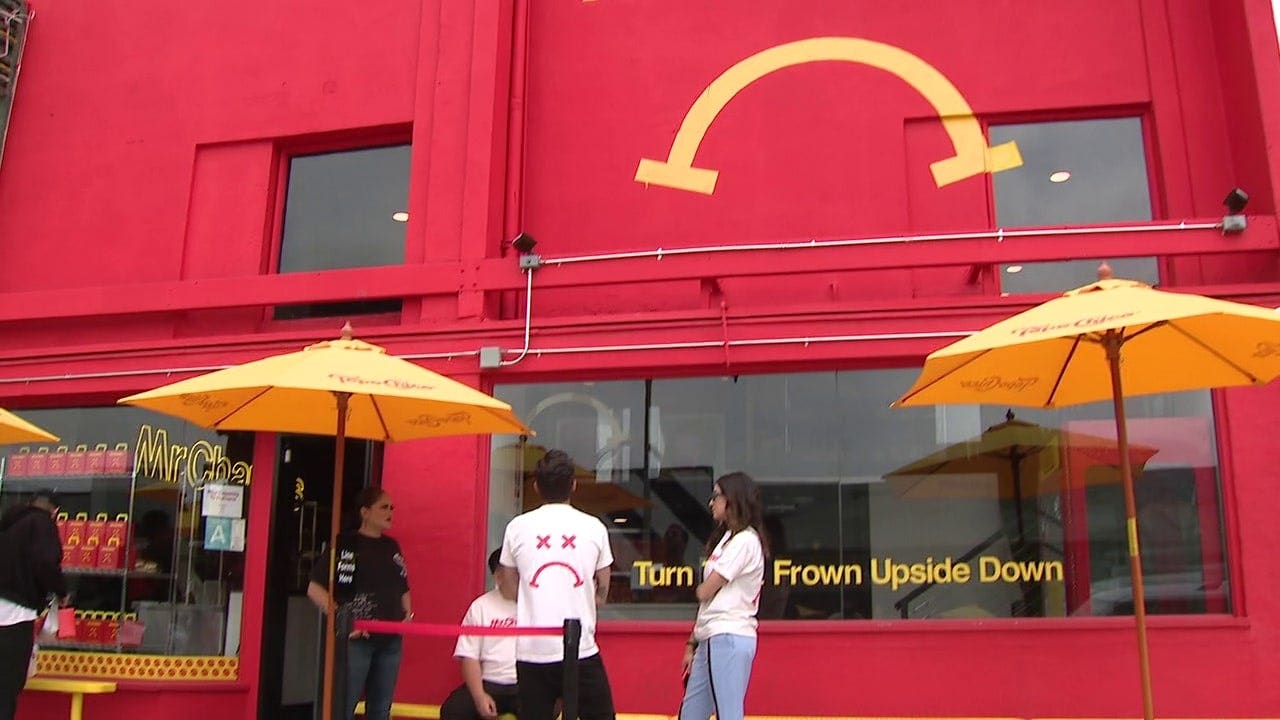 A new restaurant is buzzing, and it’s not just because of its fast-food-style vegan menu. Koco McAboy has a history of a rapidly growing brand thanks to the people who work at Mr. Charlie’s.

The restaurant opened just three months ago on Valentine’s Day on La Brea Avenue in the Melrose neighborhood. It was founded by Charlie and Taylor. Charlie rented the space last May because he loved the neighborhood but had no vision at the time. Taylor and her business partner Aaron quickly befriended Charlie and started the vegan restaurant.

“We really came up with an amazing brand, and it was about making it really fun because the restaurant business, the reality is that it’s not fun,” Charlie said. “There are a lot of risks and it’s not fun. [Mr. Charlie’s] is funny.”

The restaurant offers vegetable versions of common fast food items such as a cheeseburger that uses Impossible burger and vegan cheese, and Impossible nuggets and fries. Their meal is called the “Frowny Meal”.

The restaurant exploded in popularity due to its food and brand image. TikTok users dubbed the restaurant the “Vegan McDonald’s”. However, the founders said they make their own big brand.

“It’s a plant-based burger made possible by a great team, but that’s the why. When you digest Mr. Charlie’s ‘Not a Cheeseburger’, you digest all of our failures, all of our successes, all of our heartaches of love, our tears, laughter, our whole journey as a team,” Taylor said.

The team aims to give back to the community and works with THE Dream Center, which is a center providing tools, resources, education, support and housing for people struggling with roaming and addictionor transition out of incarceration.

“If you could imagine a hospital that never sleeps, that’s open 24/7, that’s ready for anyone in need, that’s Dream Center’s mission every day,” said Pastor Matthew Barnett, founder of the Los Angeles Dream Center.

Mr. Charlie’s has only eleven employees, and all come from the Dream Center. The relationship with the Dream Center was formed after Taylor, one of the co-founders, lived there to receive help while homeless with his family.

“I felt compelled to give him [Taylor] thousand dollars, and I had no idea that would become the seed that would put him back on his feet and make him dream again and come back to life,” Barnett said.

Years later, Mr. Charlie’s was born and Taylor approached Barnett to work with him to employ participants at the Dream Center.

“Not too long ago, just a few months ago, he texted me and said I could use the workers to build the core values ​​of who we are as a company. , meaning giving people a second or third chance or whatever.” takes,” Barnett said.

Susanna, a mother of four, now works for Mr. Charlie as a manager after living at the Dream Center for nine months. She came to the center of Arizona.

She said the Dream Center brought her “recovery and healing” and has now helped her land a job at Mr Charlie’s.

“I’m so honored to be at Mr. Charlie’s. It’s about nurturing the community, bringing the community together to give them jobs and give them hope when they might have been neglected because of their past or things they did wrong,” Suzanne said.

SUGGESTED: Taco Bell’s Mexican pizza is already selling out in the US

Susanna said she also wanted to continue sharing her story.

“I want to continue to allow women to see my story and be an example for those who may have lost their children. I have lost my children in the past and got them back through perseverance and fighting. and I just ask God to give me the strength and the wisdom to make a difference,” she said.

Barnett said partnerships with companies like Mr. Charlie’s are key.

“These partnerships are so important, and why they can do things that we can’t. We can help rehabilitate them, house them, feed them every day, help save them money, but to have people from the outside coming in and saying “Look, we’re going to take it from here, we’re going to take over for the next stage of people’s lives”, I think that’s what it it will take to solve the problem of homelessness – people do very well what they do and the business leaders who join us and who are not afraid to take a chance and take risks on people who were once at risk,” Barnett said.

The founders plan to open more Mr. Charlie stores and make it a household name.

“We are growing very quickly. You will see them [Mr. Charlie’s] everywhere. That happens. Were excited. We’re just grateful to be living this dream,” Taylor said.