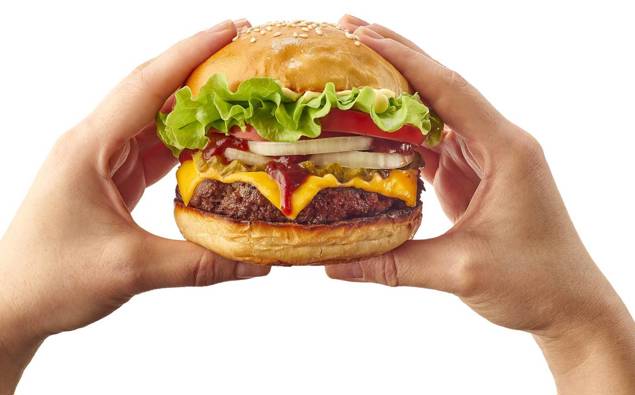 New Zealand fries and burgers are too salty by international standards, many milkshakes and smoothies are sugar bombs, and half of our fast food combos are so big they provide at least half of the needs. daily energies of an adult in a single session.

And a huge combo on offer contains more energy than the average person needs for an entire day, while still exceeding their daily salt intake.

These are some of the less than tasty findings in new research from the University of Auckland on the safety of fast food products and combos.

The study is the first in New Zealand to analyze combos in detail. The researchers said that these “bundles of unhealthy food options come at a lower price and are a common tool used by the fast food industry to increase consumption.”

They are calling on the government to step in and regulate the industry, with more labeling, food composition goals and portion size guidelines.

Fast food was “heavily marketed, inexpensive compared to other restaurant dishes, convenient, accessible and palatable,” they wrote. It was also linked to accelerated rates of weight gain and obesity.

This is a major problem in New Zealand, where two in three adults are overweight or obese, as are three in 10 children.

Burgers were generally the most energy-dense foods, followed by French fries and “Asian meals,” while salt was generally highest in burgers, followed by breakfast foods, savory items, sandwiches and snacks. wraps.

But there were huge variations in some categories – such as burger sizes ranging from 101 grams to 718 grams.

The median energy content of a combo was 4381 kJ, meaning that half of the combos contained at least half of the recommended energy intake for a New Zealand adult (8700 kJ).

The worst offender was a double burger with dessert, fries, and a sugary soft drink, which included 16 teaspoons of sugar and had more salt and kilojoules than the average adult needs in an entire day.

The researchers did not name the responsible fast food chain, saying they did not want to single out a single company.

This meal contained more than three times the calories, more than twice the salt, and 13 times the sugar than a combined meal of a cheeseburger, small fries, and a sugar-free soft drink.

The researchers found that 92% of the sugary soft drinks on offer would have to pay a sugar tax if they were in the UK, while half of the smoothies analyzed provided a full day’s worth of sugar.

Excess sodium was also a concern in many products – every product in the ‘fries’ category exceeded the UK sodium target for take-out, as did more than half of the pizzas and savory pastries. .

So what should consumers take away?

“Even when you opt for the convenience of a combined meal, your exact choice can make a big difference to your health,” said lead researcher Dr Sally Mackay.

“Go for smaller portions, skip dessert and choose a drink that’s low in sugar, and you’ll see the benefits for your wallet as well as your body.”

The study aimed to examine all fast food chains with 20 or more stores across New Zealand, but seven chains were excluded because researchers could not find any nutrition information in-store or online.

Mackay said it was disappointing that most takeout chains didn’t provide nutrition information for most products, and some didn’t.

They called on the government to set portion size guidelines, sodium goals and nutrition labeling rules – the latter currently under consideration by policymakers. They also wanted the government to ensure that the voluntary recommendations of the Food Industry Working Group 2018 are implemented.

CHANNELS EXCLUDED DUE TO NO NUTRITIONAL INFORMATION
Nando’s, Night ‘n [email protected], Sal’s Pizza, Shake Shed and Co, Shamiana, Starbucks and The Coffee Club were excluded from the study because researchers could not find any nutritional information online or in stores.

Chuck and Blade Burgers: We visited the best fast food restaurant in Medway according…