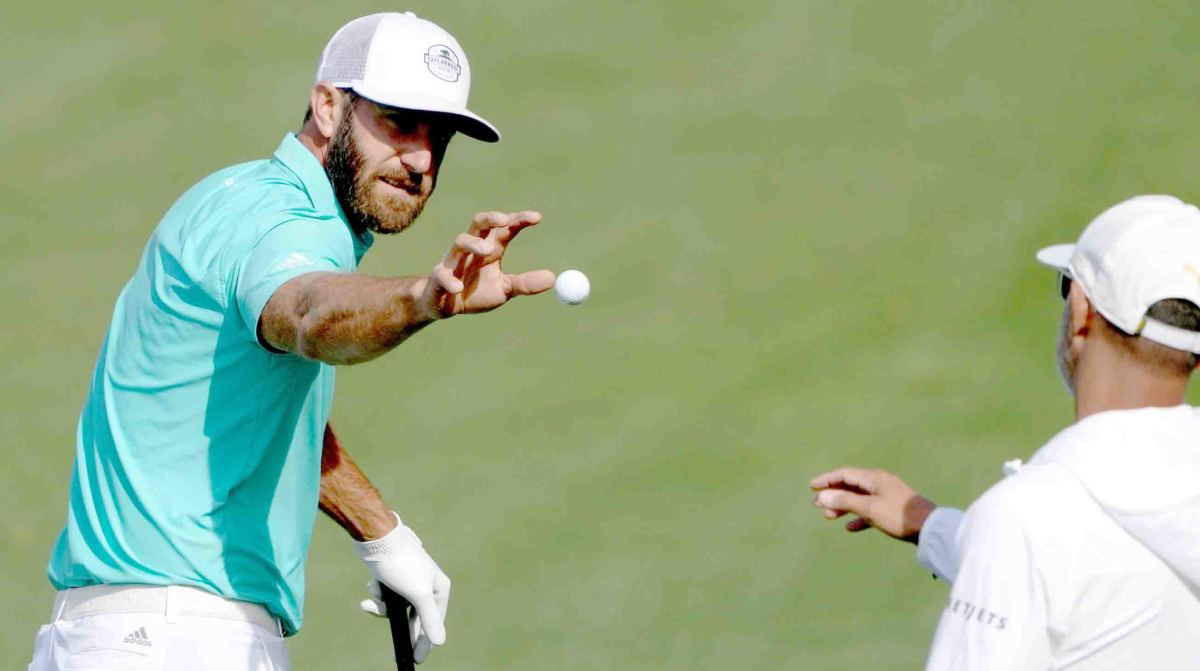 Twenty-eight years after he was kicked off CBS Masters coverage for infuriating the dinosaurs with his metaphors, Gary McCord continues to have the last laugh. When asked what he would make of the profit if he received a dollar every time someone brought bikini wax or body bags, the man without a mute button was silent for about 15 seconds. . An eternity in television time.

“I would have invested it in golf lessons for myself,” the emoji-less reply replied.

McCord’s loss became our gain – the chronically struggling touring pro turned into perhaps the most unique analyst to ever land on the boob tube. Wonderfully irreverent and largely irrelevant, McCord’s musings were not unlike those of 1970s author Bob Uecker, another borderline great who sat in a cubicle to watch guys hit a small ball. White.

Ever since CBS fired McCord (and Peter Kostis) at the end of 2019, it has almost gone without saying that professional golf has sorely lacked a commentator who shares the public’s wit and wisdom in equal measure. Everyone is afraid that a misinterpreted sentence will get them fired, so they play it safe and put people to sleep. They abandon any attempt at originality for observations imbued with banality. They bring nothing to the party except a book of snaps and a lifeline.

As we prepare to dive into the biggest televised week on the golf calendar, it’s worth noting that the laid-back approach is Augusta National’s preferred method of hosting a tournament. Save the jokes for Hilton Head and Colonial. And while the competitive element to the Masters is far more important than how it’s presented, that doesn’t mean you won’t hear things you’ve heard thousands of times before or want to know more about. any competitor.

It’s live television. Four days of smooth action with the story on the air Sunday afternoon, making every network impossible to make every viewer happy. It could be better, though, as any bugger vendor will be happy to tell you. Here are seven gripes to chew on as McCord, 73, continues to search for the perfect guru.

> Streamline or apologize on behalf of a player after making a bad move. With a tip to NBC, which does a superior job to CBS in serving professional golf to the masses, there were at least half a dozen flimsy explanations for crucial misfires and chances gone awry last Sunday in San Antonio. . It has become reflexive for analysts to blame such mistakes on the pressure of the final round and leave it at that. Come on guys. Is that all you got? That’s what made Johnny Miller so great during his 30 years with the Peacock. He told you someone was choking, then instantly dissected the faulty swing and identified the fault.

Kostis was brilliant at the crime scene, having probably walked with the ruined player all afternoon and compiled enough visual data to know what was wrong and why it was happening now. His vast technical expertise made him highly credible and of incomparable value. The best NBC could do in Texas was to mention that Dylan Frittelli was coming off a great session with coach Chuck Cook the weekend before before collapsing in the aftermath.

> Way too much wasted airtime when reading putts. Does it really matter to the viewer if that 15-footer for birdie breaks three inches to the right or five? Speed ​​affects borrowing to a large extent; why is it hardly ever talked about? Such information sends a subliminal message to the public: these analysts know their stuff. They have been there since Tuesday morning. They did all their homework. Unfortunately, the dog ate half of it and Rover no longer needs food. A tracker similar to the one that tracks tee shots would be a fabulous addition here.

> The alarming lack of use of a player’s statistical profile in relevant situations. It does not mean anything. The PGA Tour has its hands on the whole product, primarily by making itself known through every TV show. In this new era of legal betting, why aren’t a player’s competitive tendencies used to help define their performance – and inspire you to drop a five on the shot they’re about to hit? Jordan Spieth has an impressive short game. Prove it to me. Show us the numbers. Some fast graphics would require a lot of work and the timing would be tricky, but eventually the process would evolve to the point where the stats would add immense value to the viewing experience.

The Tour is forcing both major networks to inundate us with references to its all-season battle…is this stuff really necessary in mid-February?

> Enough already on the FedEx Cup stuffing. The Tour is forcing both major networks to inundate us with references to its battle of the season, particularly regarding projected placings and the biggest jumps made by the guys competing on Sunday. Is it really necessary in mid-February? It’s not if anyone cares, even in late July, but Camp Ponte Vedra’s insistence on using such guesswork for promotional purposes. It’s shameless. It’s meaningless. When you repeatedly jam something down the audience’s throat, there’s a good chance someone will vomit.

> Call players by their first names. It’s a relatively new and growing trend, and perhaps another Tour mandate. As petty as it sounds, no self-respecting journalistic entity would even consider referring to “Thomas” or “Johnson” as “Justin” or “Dustin.” There’s a kindergarten mentality to this attempt to try and customize the game’s best players as if they were our buddies. Sometimes? Fine. Again and again and again? This is a professional golf tournament, not an Alcoholics Anonymous meeting.

> The same old, the same old. Justin is one of the best ball hitters in the game. Jordan has plenty of green to work with here. Dustin better roll a 3 and run to the next tee. You know, he has so much creativity and imagination in his short game. From the reality TV blizzard that still hasn’t stopped, to the tired phraseology practiced by golf announcers, TV is ruled by a herd mentality. The cows follow each other to the promised land, then arrive to find that all the grass has been eaten. The pasture is bare. And I guarantee you Dustin is trying to get a 2.

> Knowing how nice the weather is at a tournament site. It’s a CBS staple, one of Ian Baker Finch’s favorites, but also a staple for host Jim Nantz. We hear it frequently on the West Coast swing, where 67 degrees and sunshine in San Diego are seen as the envy of all cold-climate viewers. There is something rather awkward about the idea that three-quarters of the American population has been condemned to a life of misery because the wind blows hard in winter and snows heavily in Minneapolis.

If it was 67 and the weather was nice here, I wouldn’t be watching your goddamn golf tournament. Now go back to the cabin and say something interesting.

The wait is over; Turning Stone organizes the inauguration of a new sideboard

The #1 Best Fast Food Smoothie For Belly Fat Loss, Says Dietitian – Eat This Not That