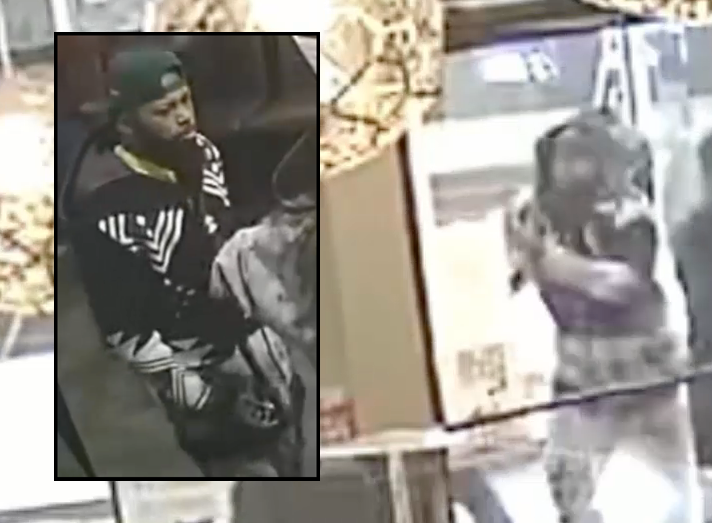 NEW YORK (WCBS 880) — A man punched a cashier and threw food at her and other workers when they foiled his plans to steal $70 worth of food from a Bronx buffet this week, police said.

The NYPD released surveillance video on Wednesday showing a chaotic scene at the Hibachi Grill and Supreme Buffet on E. 161st Street in Concourse Village on Monday night.

Police said the suspect was trying to dine in and dashing off, apparently from the buffet, just before 9 p.m. when a 21-year-old woman working at the restaurant stopped him outside.

The two argued and the man threw food at her and other workers, police said.

The man left the restaurant but returned soon after to attack the woman, police say.

The woman was working at the cash register when the man approached and punched her in the face, police said.

Police say a man threw food and attacked a worker while dining at a Bronx buffet this week.

The victim suffered from pain, swelling and bruising on the right side of the face. She was transported by EMS to Lincoln Hospital, where she was in stable condition.

The man fled and remained at large on Wednesday, police said.

Anyone with information is asked to call Crime Stoppers at 1-800-577-TIPS.

These Californian fast food joints have seafood on the menu

Reggae Kitchen: Authentic Jamaican restaurant in Sheffield that is a hit with Google reviewers