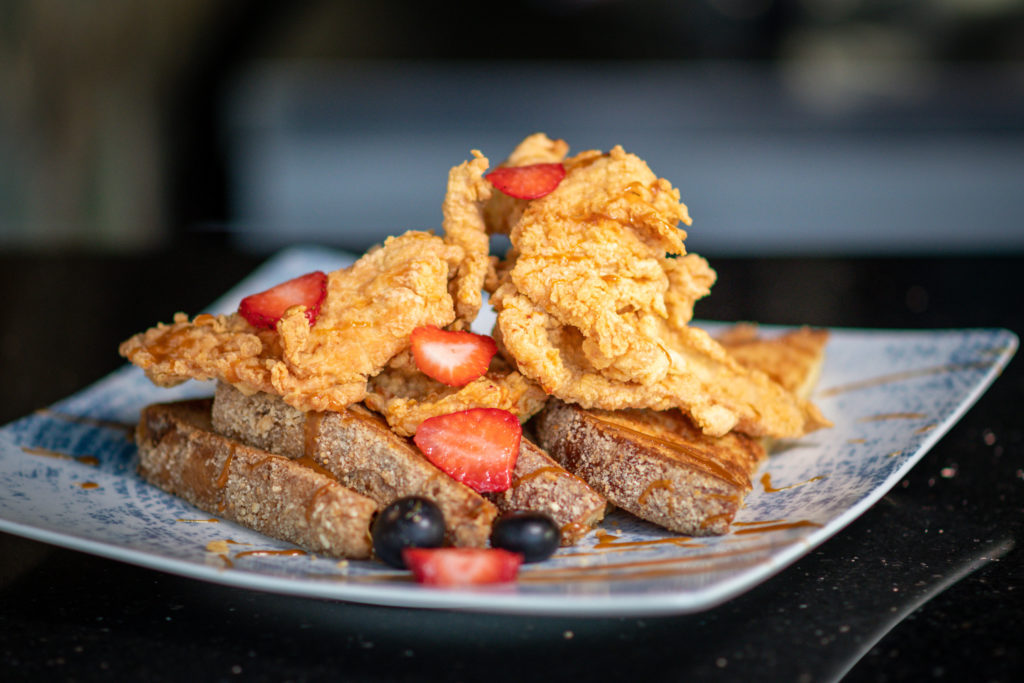 KitchenCray was built a massive social networks Following and a celebrity crowd for breakfast and comfort food at a nondescript office park in Lanham, MD. Chef James “JR” Robinson and his uncle / business partner Sudon Williams count Wale, Pusha T and “one of the starting lineup of the Washington or Baltimore Ravens football team” among their regulars .

And now, they’ve finally realized their long-held dream of opening a restaurant in Washington. A second KitchenCray location debuted on H Street Northeast this month with hot honey fried chicken sandwiches, lobster and cheese macaroni topped with a fried lobster tail, and other hearty entrees.

It’s been a long time coming for Robinson. The chef grew up in and out of homeless shelters and host families, and worked his way to managerial positions in upscale hotel kitchens. When he first started KitchenCray as a restaurant business in 2012, he cooked whatever was on hand in people’s kitchens and organized pop-ups in his aunt’s basement. From there, he started taking control of Sunday brunch for party spots like Cities, where he would serve 600 people in four hours. In 2012 he appeared in season 13 of Gordon Ramsay Hell’s Kitchen.

Eventually Robinson and Williams, who worked in law enforcement for 22 years, raised enough money for their first brick and mortar location in Lanham. “I felt like if we could do it, this would be where we could practice, learn everything we need to learn before we come to a big city,” says Robinson.

Three years later, it was finally happening. Their H Street restaurant was due to open in March. Needless to say, it didn’t exactly go as planned, but they made the most of it. Before Covid, KitchenCray had built a local reputation by popping up in homeless shelters or going to schools to teach students about healthy eating. From the early days of the pandemic, they raised money to help people pay their rent and provided free breakfast and lunch to schoolchildren.

Seven months later, their restaurant is now open. While the Lanham location is particularly known for its breakfast and brunch, the DC spot aims more to be a dinner destination. Highlights include oxtails braised for six hours, mixed with rice, peas and mozzarella, then stuffed in fried spring rolls and served with a mumbo sauce. The menu is divided into “not so hungry”, “a little hungry” and “hungry” sections. Under the latter, look for fried catfish and creamy cheddar chips topped with giant crab or lobster in coconut curry with rice and spinach.

Of course, they always do brunch too. DC Restaurant keeps a best-seller: fried chicken marinated in hot sauce served on French toast with a caramel and vanilla cream. In Lanham they can only offer mimosas, but in DC there is a full bar. (Think margaritas and Bloody Marys with shrimp, crab, and bacon.) There are also ten varieties of mimosas with mango, passion fruit, and watermelon juices. Meanwhile, at the Lanham site, they launched a ‘Cars and Brunch’ event during the pandemic to take advantage of the empty office park for a socially distanced gathering. People bring exotic cars and their families for DJs and outdoor brunch on the first and third Saturday of the month.

While the DC space doesn’t have outdoor seating yet – they’re working there – it has a beach vibe with ocean blue floors, a palm leaf design, and lights that look like stars. (Take out and delivery are also available.) In a post-pandemic world, they hope to bring back bigger events.

“Right now it’s all about honing the craft, coming up with new ideas, letting people guess and wondering what the next step is,” says Robinson. “We use our social media a lot to keep our hands on DC’s pulse. We can tweet or post a photo on Instagram and we could bring in 200 people in less than 24 hours.

Jessica Sidman covers the people and trends behind the DC food and drink scene. Before joining Washingtonian as of July 2016, she was food writer and columnist Young & Hungry at the Washington City Paper. She is originally from Colorado and graduated from the University of Pennsylvania.