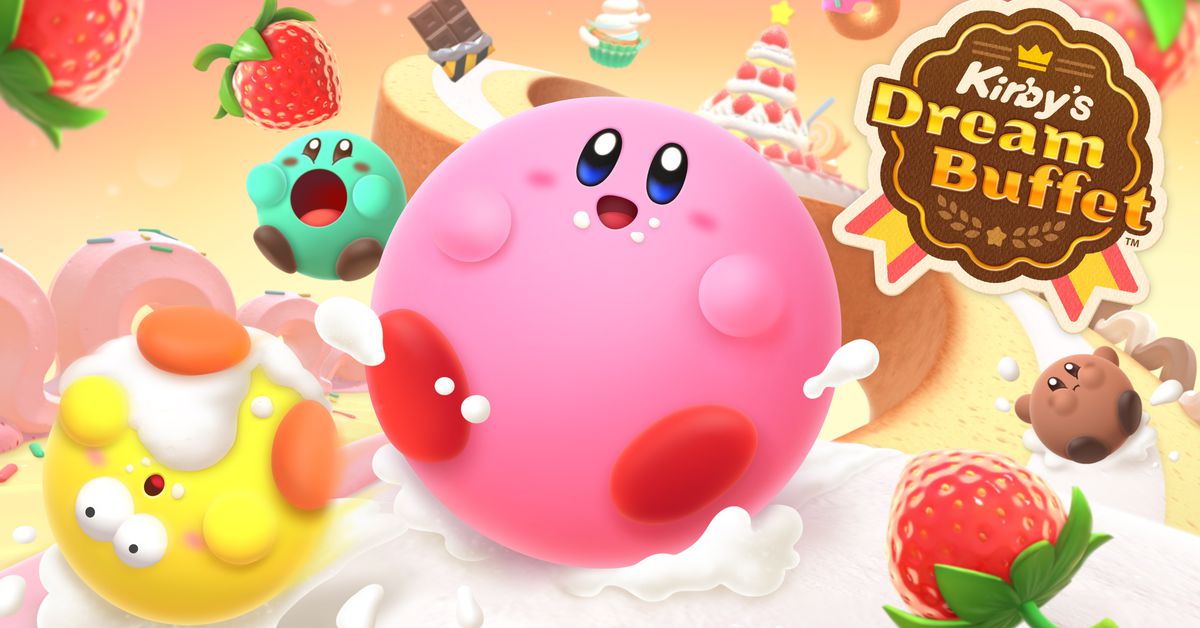 Kirby’s Dream Buffetthe Kirby taste mario party-like game that will undoubtedly cure our collective depression, has a release date. On August 17 – in less than a week – you and three other friends can ride, eat, and work your way to becoming the fattest, happiest Kirby on the block.

Along with sharing the release date, Nintendo has also went into a bit more detail what to expect from the game. There are three types of games in which you and your friends compete to eat the most strawberries. There’s a race mode with a track littered with obstacles to dodge and food for your Kirby to eat. The more you eat, the stronger you become, able to bully your competitors off the track to reach the goal first. In mini-game mode, you compete in a small battle arena to eat as many strawberries as possible before time runs out. Finally, in battle royale mode, knock Kirbys off the platform to steal their strawberries and claim victory.

In each game mode, Kirby will have the Copy Food ability which allows him to transform, gaining powers based on the food he has eaten. Kirby’s Dream Buffet will sell for $15, which seems fair considering the game doesn’t seem to have much depth beyond “have some cake, will travel”. Hopefully Nintendo adds more stages and game modes in the future – because who wouldn’t want more Kirby in their life? I mean, look at him!!

God, I wish that was me.