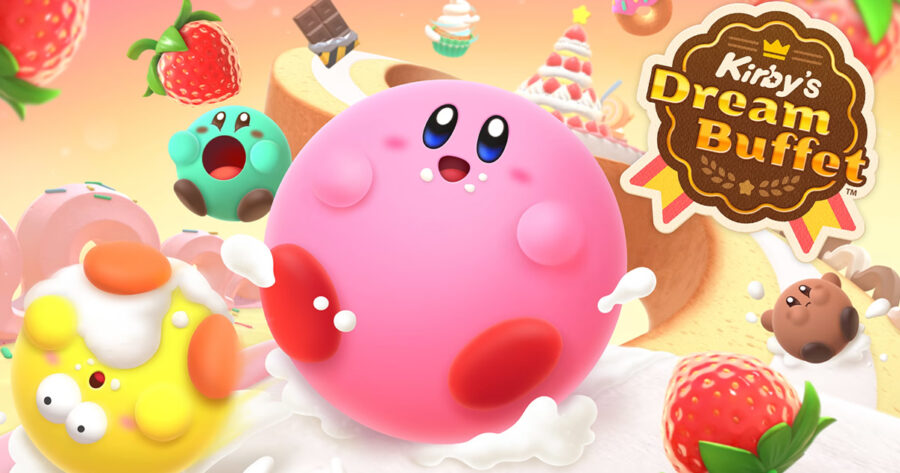 Kirby’s Dream Buffet is adorable, absurd fun that lets Kirby and his friends race, play, and battle to win in a food-themed battle royale. It’s cute, it’s lovely, and it’s really fucked up to have to eat the stuff after the awards show.

Beneath the friendly appearance it exudes, Kirby’s Dream Buffet is less like previous installments of the Kirby series, and more like The jungle by Upton Sinclair or fast food nation by Eric Schlosser in how he delves deep into the dark underbelly of Kirby’s harvest. Although the rhetoric is sometimes heavy, Dream Buffet shatters the long-held belief that Kirbys are organic, farm-to-table meals, and shows the tragic existence of a Kirby bred for slaughter.

The game comes with a slew of customization options from changing the color of your Kirby to adding a cute little hat, all for the sole purpose of getting you more attached to your food. While traumatic, I can appreciate the attention to detail of having Kirby beg for his life as you reach for your fork. It’s those little details that really make a game shine, and Dream Buffet is no exception.

As for the gameplay itself, it’s fun to compete against your friends in the main game mode, the Grand Prix Gourmet. Racing other Kirbys, navigating obstacle courses, and collecting strawberries and other treats to add natural flavors to your Kirby is simply wonderful, and you and up to three other friends can all sit silently at the end of a match wondering if you should finally switch to being a vegetarian after witnessing the inhumanities exhibited in Kirby’s Dream Buffet.

Overall, the game is just a shot, with the various modes and unlockables providing hours of fun for anyone who picks it up for the relatively cheap price of $15. The story is downright phenomenal, and the choice to have as its main objective to force Kirbys to dance and perform for our pleasure so that they can eat whatever we deem to provide shook me to the core. Kirby’s Dream Buffet was honestly the first game in a long time to make me openly cry, and I’d happily recommend it to any Kirby fan who still thinks it’s okay to have Kirbys as a snack.

It’s time to rate the examiners!

Most video game publications shove their video game reviews down your throat and you’re just forced to face the fact that they’ve called your absolute favorite video game in the world a mere 8/10. But who examines the examiners? Here at Hard Drive, you do. Cast a vote below to decide if this review was objectively correct or objectively wrong.

Want your vote to count more? Just because we’re the most ethical video game website in history doesn’t mean we’re above getting paid to get a pat on the back. Become a Coil subscriber and your votes count for 1000 points.