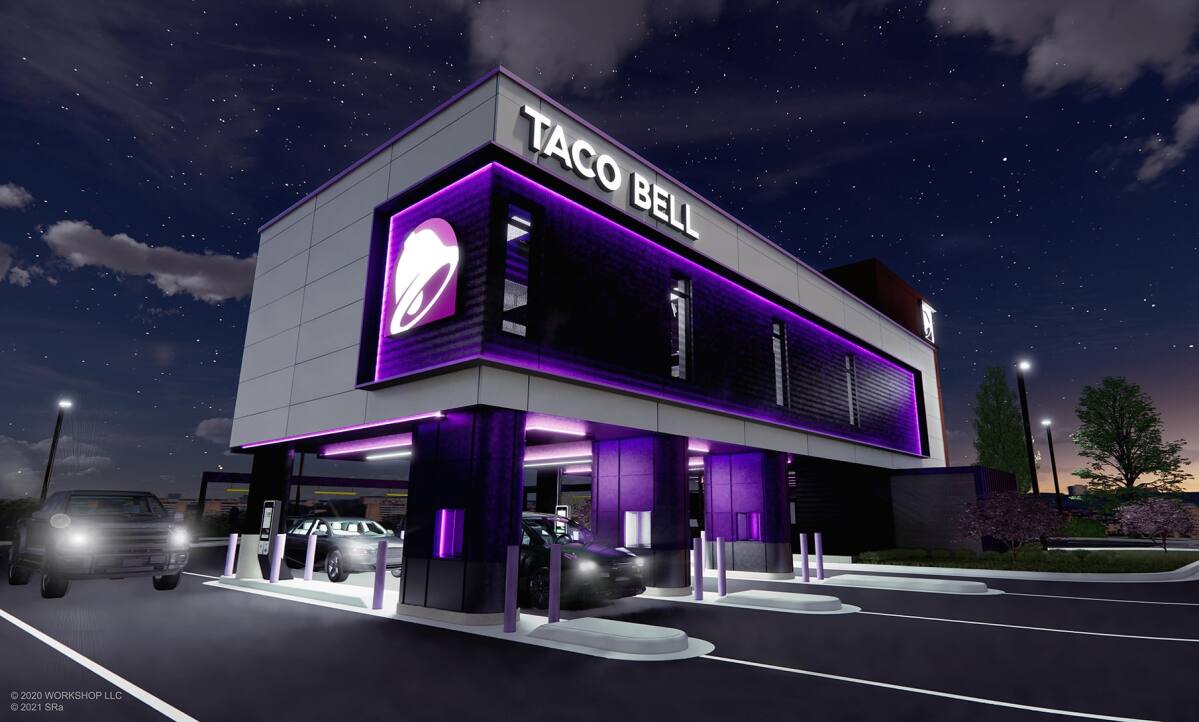 Is the new Taco Bell Defy the future of fast food?

Taco Bell restaurants recently announced a new project called the Taco Bell Defy. The “Defy” part could be a reference to gravity or maybe defying expectations.

The whole concept is very non-traditional.

Trying to break building standards and queuing in a car, Taco Bell Defy’s design features four lanes in the drive-thru, with the kitchen on the second floor. This gives a lot more control over traffic flow, which hopefully won’t cause more blocking issues, which Taco Bell is also known to help solve in other ways.

No human being gives food to another human being. The mini-elevator bridges the two, seriously limiting human interaction. It’s on purpose. It’s a response to things like COVID-19, obviously.

It will apparently take time to test this style of restaurant before it is rolled out nationwide. For now, Taco Bell challenges is just a prototype store, with only one planned in Minnesota.

The restaurant doesn’t have a dining room, of course. You can walk in and place an order, but you don’t eat there – neither inside nor outside, here’s your food, leave.

Which, come to think of it, is no different than other places where you get food. Supermarkets usually don’t have tables and chairs anywhere unless they have some sort of deli or cafe attached.

However, I find the total absence of restoration to be a mistake. It feels like something important is missing, like eating food without napkins.

But maybe even in fast food places where you can still find chairs and tables, more and more people are just grabbing their food and leaving. Or maybe they use a Door Dashboard as a service to have it delivered. In fact, I think it’s interesting to see the innovation in the industry, a bit forward-thinking, always imagining other possibilities, like the possibility of robots delivering Taco Bell to our doorstep.

I don’t like this idea though. I’m not talking about automation or expedited service. This part is fine.

It’s Taco Bell that I don’t really care about.

Still, I look forward to the Defy experience. I’m sure other franchises are paying close attention to it. If it proves popular, we’ll see more of this stuff.

The design of Taco Bell Defy reminds me so much of automated toll booths. Is this the future for us? As we head south toward San Francisco, while on the Taco Bell Golden Gordita Bridge, we tap our vaccine-installed microchip to place a fast food order, then slow down to pick up our Castrodilla at the cheese with a Mountain Dew Alcatraz Pizzazz Pineapple soda, using our Disney FasTrak Genie+ RFID tag to pay.

So, once we arrive at our destination, we will have eaten for three hours looking for a parking space.

Oliver Graves is an award-winning stand-up comedian and columnist. You communicate with him on his Facebook page or via its website, OliverGraves.com.

Woman succumbs to burns after dress catches fire at buffet