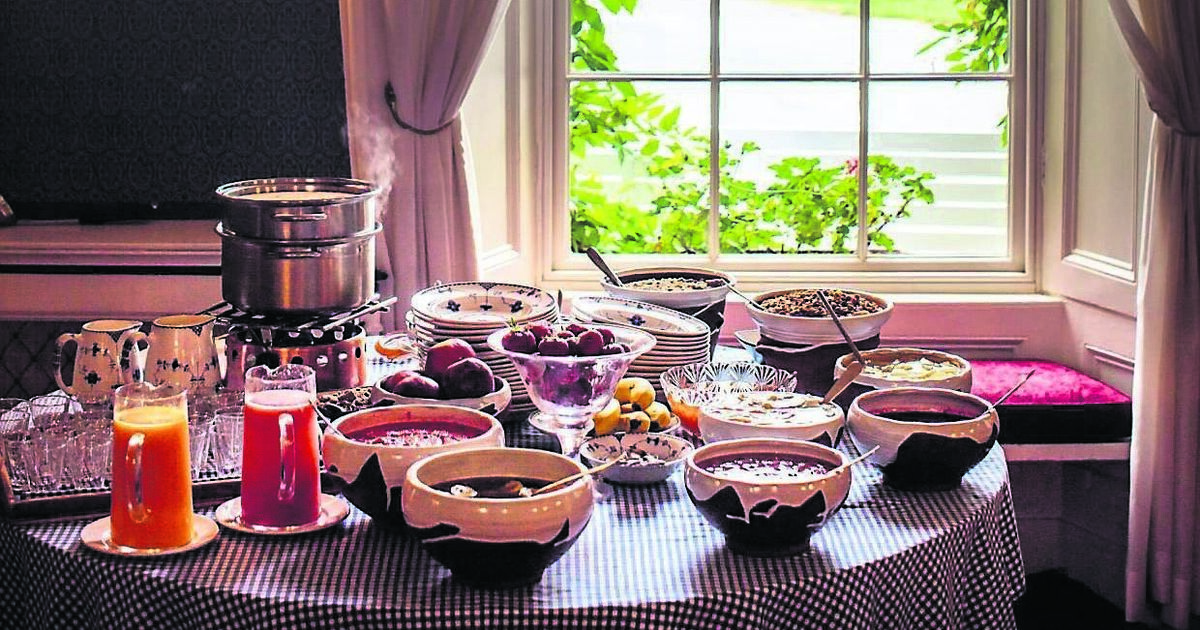 How Your Behavior at the Breakfast Buffet Reveals Your Personality Type…

Is it ever okay to “steal” the breakfast buffet in a hotel?

This question and others are on our minds over the holidays as we move from the granola and fruit section (healthy and wholesome) to the full fry area with huge chunks of black pudding (unhealthy and tasty).

Admit it, the highlight of your stay at the hotel — aside from after-hours drinking in the residents’ lounge — is the veritable feast offered in the mornings.

I don’t know about you, but to me there’s something totally decadent about following bacon and sausage with a mini pastry or three, washed down with fresh orange juice and endless cups of coffee. finish.

Add scrambled eggs, croissants, an assortment of jams and fresh fruit, and I’m in heaven.

Of course, the breakfast buffet brings out the gluttony and gluttony in us.

Show me someone who will just choose a slice of toast and a cup of tea for breakfast in a hotel and I’ll show you someone who is on a strict, joyless diet.

That said, every time I’ve been in the hospital, plain tea, toast and marmalade at 8am is the best meal of the day. That says more about hospitable food than anything else, but the simplicity of this breakfast is truly comforting when you’re feeling a bit fussy.

But back to ethics. Is it okay to grab a few pieces of fruit and a brioche from the buffet later in the morning?

Heck, given that you’re paying top dollar for a hotel stay this summer, surely you can justify slipping in some food you couldn’t digest for breakfast?

RTÉ’s Sarah McInerney said on the radio last week that she scooped up a few scones and croissants from the breakfast buffets, wrapped them in a napkin and put them in her bag for later.

She was making her disclosure before an article on breakfast buffet etiquette.

According to a new survey on the hot topic, there are five distinct personality types when it comes to the morning meal.

Almost half of those polled in the UK are ‘inquirers’, assessing the buffet several times before making a choice.

About 20% are “stackers,” balancing impressive rounds of food to save on trips to the buffet.

There is also the “nester”, made up of a fifth of the respondents. They think of others and will make sure to bring back a selection of dishes for the whole table.

I would have thought that “nesters” would be extremely rare in a buffet, given that it presents itself as appealing to selfish people. That’s most of us, who would stomp a crawling baby to reach the tray of pancakes covered in berries and cream – one of my favorite treats at the breakfast buffet. Or the plate of kippers. No matter.

The thing is, when it comes to buffet, the guiding principle is self-interest and a swallow-all-you-can-eat mentality.

According to the survey, 30% are “smugglers”. We speak now.

These people think ahead of afternoon treats in order to sneak in for later, with pastries and fruit being the best choices.

Does it have something to do with a popular memory of never having enough? Fear of being hungry?

When Oliver Twist asked for “more”, handing over his bowl of porridge, he was trying to stock up on his food ration to weather the inevitable lean season that was to follow.

Today, some particularly cute people bring Ziploc bags to the buffet in which to place their pickings. A step too far, perhaps?

There is also a category called “builders”. In the survey, 22% belonged to this group. These attentive consumers take longer to prepare the exact meal they want.

Whatever your type, the goal is to get good value for your hard-earned sheckles.

Is it wrong, however, to store? Only, it seems, if the amount you release from the buffet is too much.

If it’s enough to feed you and another person, it’s stealing. You are depriving the hotel of another person’s potential trade. But if the buffet is part of the accommodation offer, then you have paid for it.

You could say that it’s entirely up to you how much you eat. A case of carte blanche.

Do not take out the Ziploc bag. It will look mean and calculated.

Instead, put a few satsumas and muffins in your bag after breakfast without feeling the urge to run.

In other hotel tips, avoid raiding your room’s mini-bar. You will pay dearly for it – in every way.