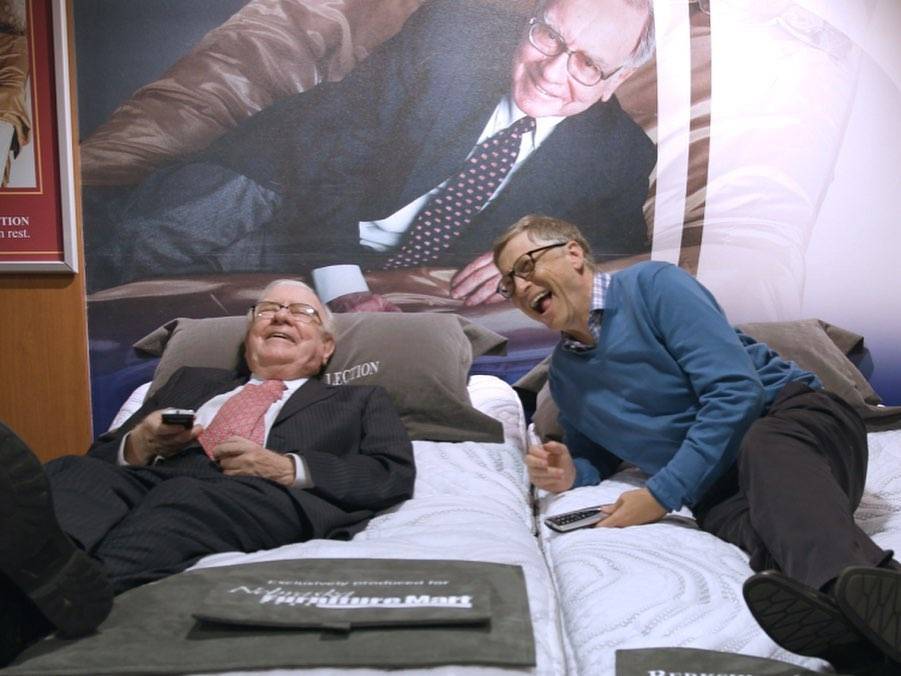 Via Instagram / @thisisbillgates
How would one tech billionaire wish another a happy birthday? By using technology! And that’s exactly what Bill Gates chose to do on Warren Buffet’s special day. The first took to Instagram to upload a series of photos to wish the second the best of luck at the age of 92!

The wisest of all – Warren’s Buffet turns 92:
CEO of Berkshire Hathaway and an inspiration to many, Buffet turned 92 on August 30, 2022. Besides his entrepreneurial success, the business giant is known to have been involved in several philanthropic activities throughout his life. In 2006, the entrepreneur also donated to the Gates Foundation worth around $30 billion.

Currently, Buffet’s worth is $99 billion, as reported by the Bloomberg Billionaires Index, while Gates’ is worth $116 billion. Although they are in the race against each other, Gates and Buffet are solid friends, as the former’s recent Instagram post also urges.

A friendship as successful as their businesses:
It is well known that Bill Gates and Warren Buffet were good friends. Although they are 25 years apart, the duo have forged strong bonds over the years. It started in 1990, when they reigned in success and often met to play bridge and hog over their favorite foods.

The two often visited Omaha and Seattle and were even spotted together at public events such as the 2008 Las Vegas basketball game. Their alliance was so strong that Gates joined the board of directors of Berkshire Hathaway in 2004 (although he later resigned from his position) and the two also launched the Giving Pledge initiative later in 2010.

A trip down memory lane:
Cementing the bond and openly celebrating it, Gates posted a series of photos to Instagram with a caption saying, “Life is more fun when you have a friend like Warren.” Happy 92nd birthday!’ The precious photos showed the two men having a gala on different occasions.

Well, I wish Buffet a happy birthday and the world – a friendship as beautiful as the one between this duo!