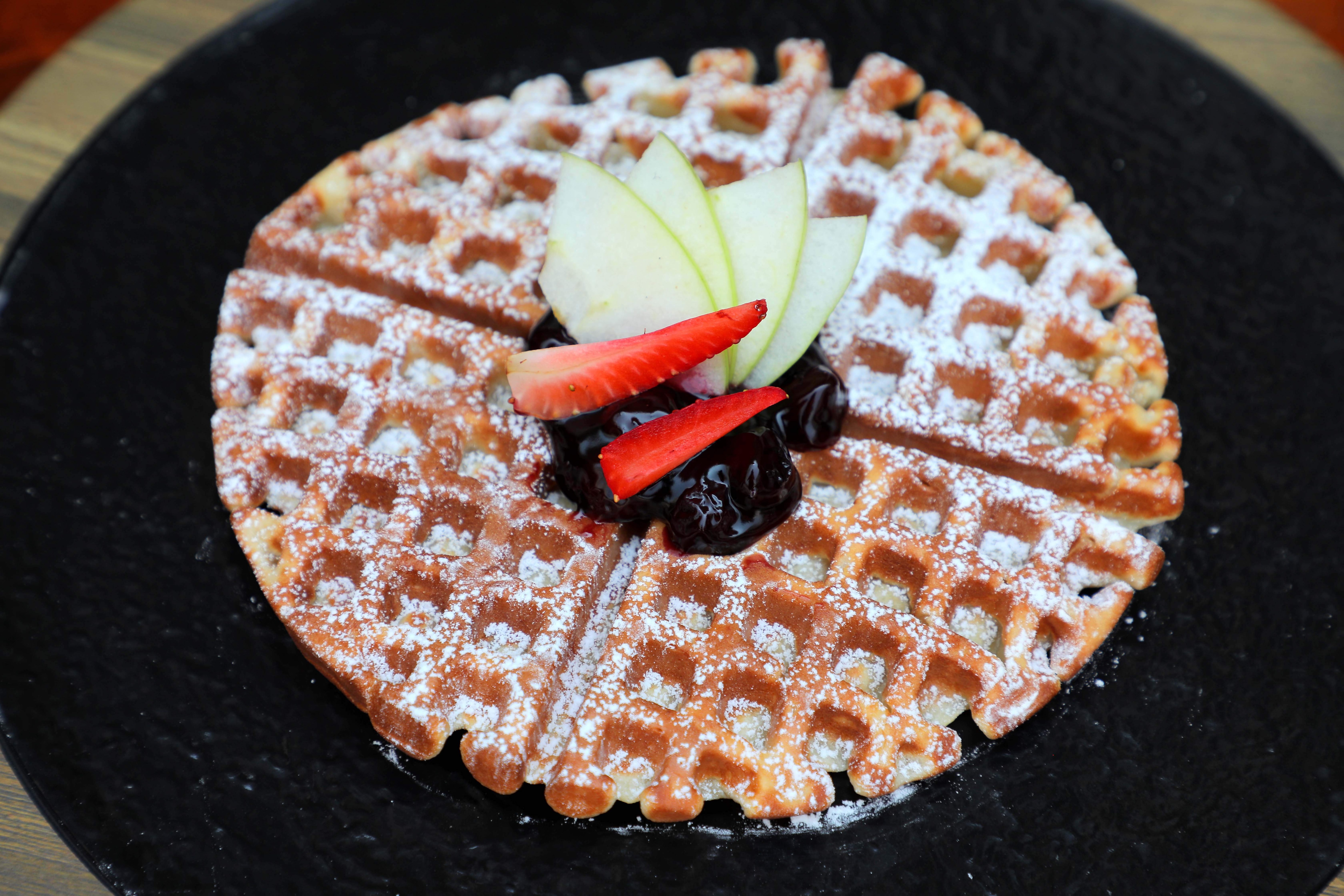 Feed your weekend hangover with Off The Record’s new breakfast buffet that opens at 6am!

Restobars generally only open their doors after noon. So we were curious when The Thief’s Off The Record recently launched a weekend breakfast that opens as early as 6am. Served as a buffet in a outside setting, expect continental and South Indian sections serving everything from Porridge to Pongal. It’s apart of the live counters that include made-to-order eggs, pancakes, and waffles. At Rs 549 per person, we think the spread is quite the steal. Although, for people who like to sleep in on a Sunday, unfortunately the whole broadcast is packed at 10am.

Choice egg-cellent
Over a lovely blue plate of Eggs Benedict drizzled with creamy Hollandaise sauce, we chat with our partner S Harichandran, who is already planning a more elaborate weekend brunch – which will be available after 10 (thank goodness) for people in the months to come. He tells us, “We wanted to create a breakfast option for people who had just finished a long night of partying or a second category that uses the morning as an opportunity to socialize and meet friends.”

Don’t go larding my heart
And as we take a bite of our Avocado on Toast (served on a light croissant), he points out: “Another priority was to keep our dishes fresh, which you often don’t find in a café when the menu staples are pre-packaged. Impressed, we move on to the bites of their other offerings – juicy German sausages, salty bacon strips, a blend of cheeses (like sharp red cheddar and edam) to pair with crackers and apple slices. For a taste of the Indian section, we skipped the sloth and dosa and instead ordered a main course of Idiyappam and lamb stew. The idiyappam seems forgotten but we find ourselves lapping up this stew, warm and comforting, with tender meat. And quickly, forget the accompaniment because we are distracted by the live counters.

For a sweet ending, we enjoy a platter of waffles and pancakes topped with blueberry compote. But unfortunately the pancakes are mushy and the waffles fluffy instead of hot and crispy on the toaster. Some successes, some failures. That’s life!