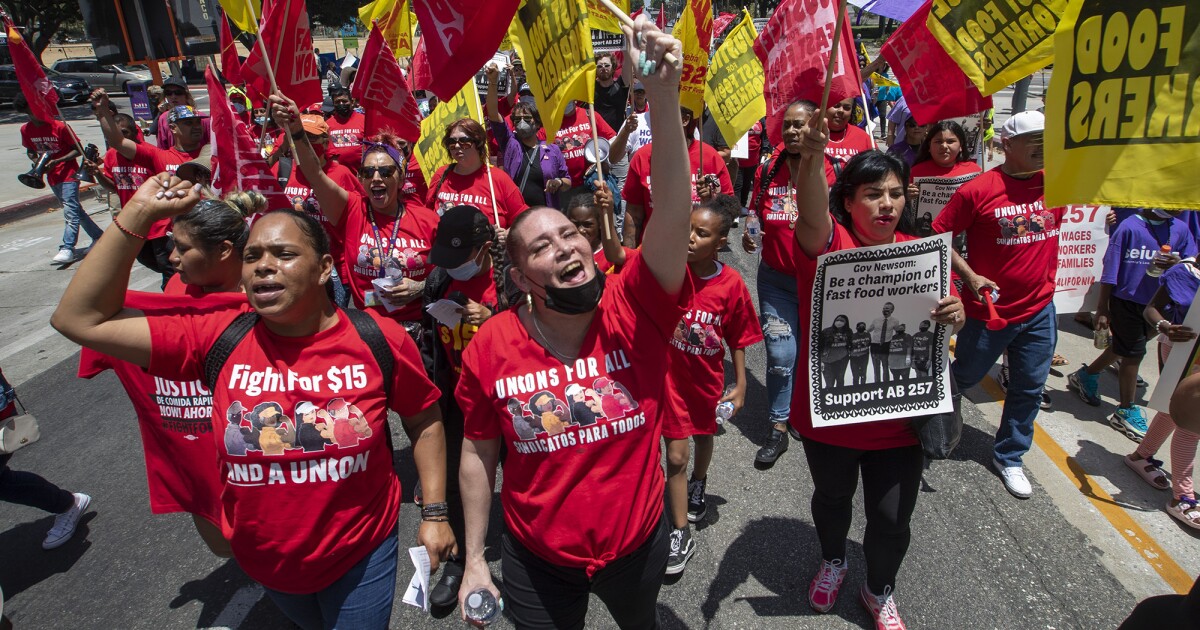 Fast food workers across California are on strike Thursday in an effort to pressure state lawmakers to pass a landmark bill to improve and standardize working conditions.

Workers at more than 300 restaurants across the state were expected to join the walkouts Thursday.

There are more than 700,000 fast food workers in California, according to a International Franchise Assn report.

The “Fight for $15” movement, organized by the Service Employees International Union, said it stands up for those at the bottom of the barrel, the majority of whom it says are people of color.

“If signed into law, California could lead the nation in the fight for systemic change in the fast food industry,” said Assemblyman Chris Holden (D-Pasadena), one of the co- authors of the bill, in a press release in January. .

The Assembly approved the bill in January and the Senate Labor, Public Employment and Pensions Committee is due to hold a hearing on it on Monday.

The walkouts organized by fast food workers began last fall when frustration erupted after decades of stagnant or falling wages.

According to a survey released by the SEIU last month, 85% of fast food workers have experienced wage theft.

A study by the National Bureau of Economic Research shows that the franchise business model can hinder workers’ ability to engage in collective bargaining, which AB 257 seeks to address.

If passed, the bill would require the new council to recommend and set industry-wide minimum standards for more than half a million fast-food workers, while legally obligating franchisors to comply with these standards.

The buffet area is not a place for small children