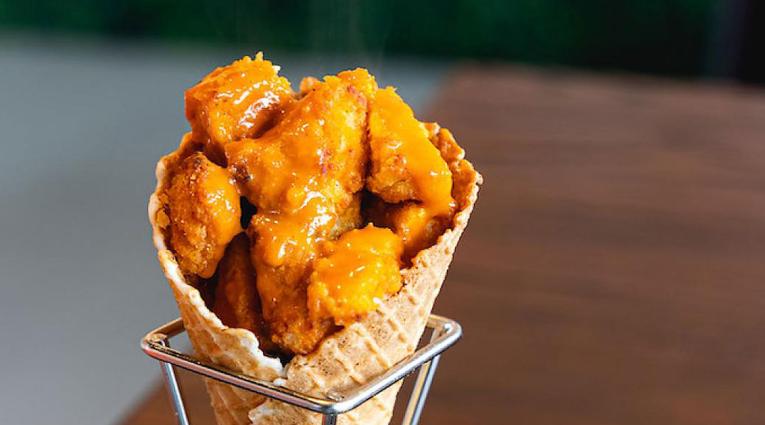 As interest in digital frontiers such as the metaverse and cryptocurrency accelerates, the intrigue around non-fungible tokens (NFTs) is accelerating. What seemed like a potential fad has quickly become a hot topic in new-age restaurant marketing.

Companies like Papa Johns, McDonald’s, Taco Bell and Pizza Hut have all released their own versions of NFTs in an effort to engage young people. Launches were usually centered around milestones, such as the McRib NFT McDonald’s launched to celebrate the sandwich’s 40th anniversary. Papa Johns unveiled a series of NFTs in March as part of a Papa X Cheddar marketing campaign to promote its new “Cheddar range”, which has been launched in international markets.

NFTs, by definition, are unique tokens stored on a blockchain (a type of digital ledger). NFTs can be sold and traded by their owner on various digital spaces that act as virtual marketplaces. NFTs are non-interchangeable units of data, making them easily identifiable, and are typically associated with digital files such as photos, videos, and audio. Owning an NFT gives the owner exclusive access and generates interest due to the limited nature of the collectible.

While many restaurants use NFTs to draw attention to their brands by offering perks like access to exclusive menu items or corporate products, a fast casual goes in a different direction.

Chick’nCone, a Pennsylvania-based chain specializing in portable, Instagrammable chicken and waffle dishes, has announced the release of “Chick’nCoins”, the brand’s new NFTs intended to help it achieve royalty sufficiency as the brand continues to develop new franchise locations.

What separates Chick’nCone’s offering from other NFTs circulating in the restaurant world is what owners get in return. Chick’nCoin NFT holders will be able to reap cash rewards through Chick’nCone in the form of royalties and franchise fees.

Chick’nCone says it will release a finite number of NFTs for anyone to buy. The tokens represent a specific geographic region in the United States, which will then be awarded to whoever owns that specific token. Buyers can pay 3.5 Ethereum (a form of cryptocurrency) to be randomly assigned a geographic area, or 6.5 Ethereum to select the region they will be assigned. It was a roughly $14,500 token in February, although the numbers fluctuate.

After purchasing the Chick’nCone, owners are eligible to receive 50% of the initial franchise fee for any new Chick’nCone store that opens in their area. Owners of the tokens will also earn monthly payments in the form of a 2% royalty on sales of all units in the zone for up to six years. Currently, the initial franchise fee is $45,000, which means NFT holders could receive $22,500 on the first sale of a new location.

“We are a rapidly growing company and I hope to bring in capital without having to give up our company’s capital,” said Jonathan Almanzar, CEO of Chick’nCone. “It also provides a payoff for people on the road.”

Part of the appeal of NFTs is their ability to generate profit by reselling them in digital marketplaces. Chick’nCoin is unique in that owners do not have to resell their tokens to recognize a profit – the profit potential is built into coin ownership.

Almanzar says one of the benefits of the campaign is the potential to have Chick’nCone “ambassadors” across the country who are invested in the company’s success. In addition to generating revenue through the sale of the tokens, the campaign essentially creates a pool of individuals across the country who have good reason to want to see a Chick’nCone franchise open in their designated geographic region. It’s like having a national system of franchise recruiters.

“Instead of having people say ‘oh, this place is really great’ and driving brand interest through the usual channels, these people [owners of Chick’nCoins] really bought into the Chick’nCone culture,” says Almanzar.

Although Chick’nCoins have the chance to be lucrative investments, Almanzar is also not unaware of the marketing potential that tokens offer. He says one of the benefits of releasing an NFT so different from anything else on the market is the attention it brought to the business.

“We got a lot of press,” he says. “It’s an exciting thing that people hear about…I’m always fascinated by novelty and things that are brand new, so I think ideas like this that are new, and they won’t be long, have media and marketing appeal.”

Almanzar adds that other brands would be wise to start offering NFTs with real utility (like Chick’nCoin), especially older chains that need a new marketing angle. Excitement around NFTs can translate into sales and a younger customer base, he says.

As restaurant consumers become more tech-savvy, Almanzar says it’s important for brands to capitalize on digital channels when it comes to marketing.

“It’s very Instagrammable, tweetable, and that helps,” he says. “We live in a time where we can actually measure and quantify word of mouth. We’ve never been able to do this before, but thanks to Twitter and Instagram, we can.

The future of NFTs is still somewhat uncertain. Being relatively new, brands are going to have to educate their customers about what NFTs are and the different ways they can be used, but Almanzar thinks they’re here to stay regardless, especially since they’re so connected. to cryptocurrency.

“It’s becoming more and more common,” he says. “I remember eight years ago I was talking to my dad trying to convince him to buy bitcoin and he wouldn’t. Now he’s asking me where he can get bitcoin.

As for NFTs, he says they will surely play a role in the fast serve space down the line. How exactly remains to be determined, but it offers an interesting prediction related to the future of the franchise; where contracts are bought and sold on digital platforms.

“I don’t know for the near future…but I could see franchise deals becoming NFTs,” he says.

Someone paid $ 19 million for lunch with Warren Buffet