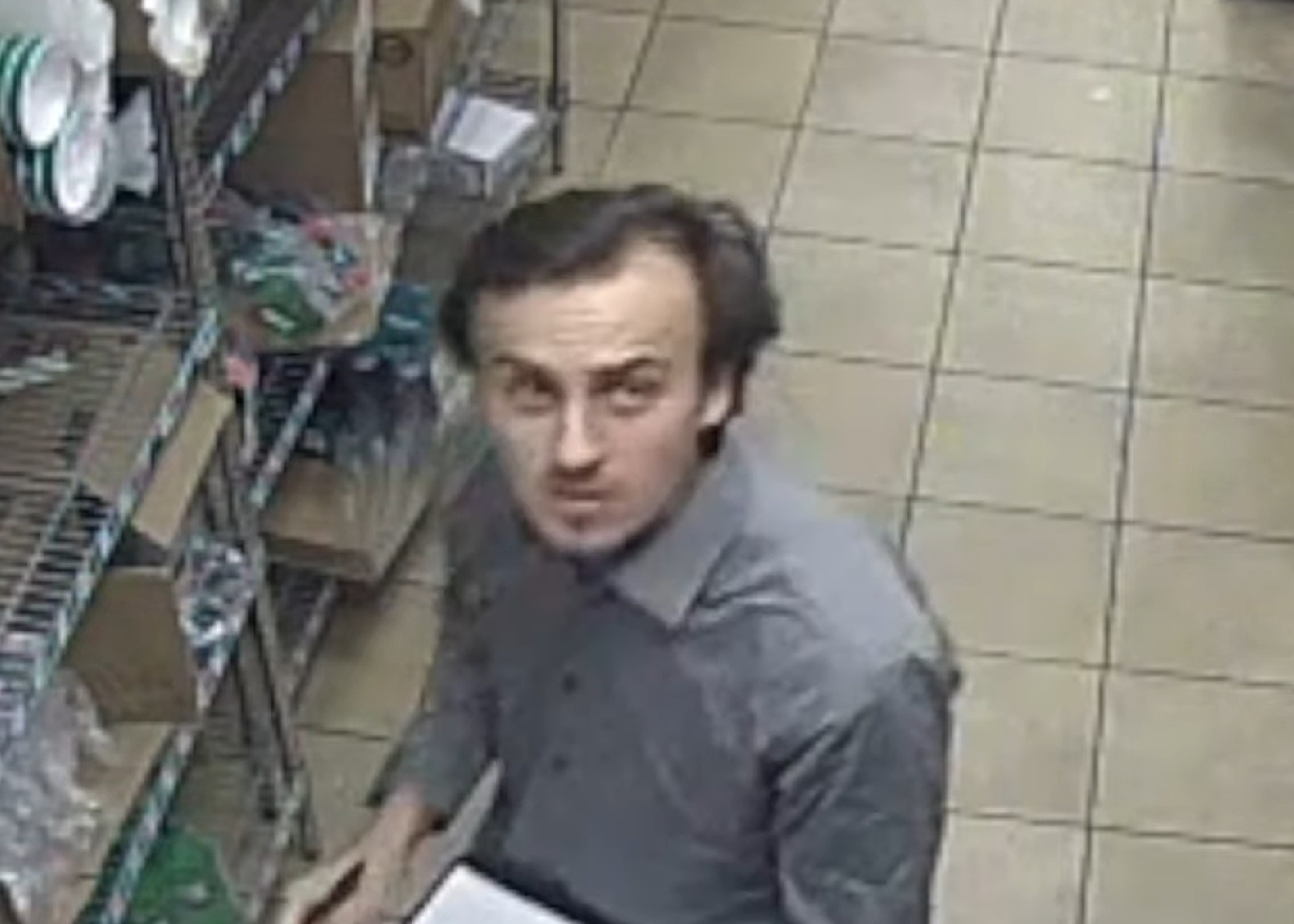 Nevada police are trying to identify a man suspected of impersonating a health inspector to rob two fast food restaurants.

Police also shared a video of the suspect as he allegedly tried to trick fast food workers.

In the video, the suspect can be seen talking to an employer while holding a clipboard.

At one point, the suspect looks directly at the camera while folding the papers from his clipboard.

At the two fast food restaurants, “the suspect entered the business pretending to be an inspector and convinced employees to open their safes,” the statement said.

“After taking money from the safe, the suspect fled.

“He is described as a white male, between the ages of 25 and 35, last seen wearing a blue button-up shirt and black pants.”

Anyone who recognizes this suspect or has information about these incidents is asked to contact LVMPD Spring Valley Patrol Investigations at 702-828-2639 or by email at [email protected] To remain anonymous, contact Crime Stoppers by phone at 702-385-5555, or online at www.crimestoppersofnv.com.

In July in Las Vegas, police also dealt with two individuals charged with robberies at several stores in the city.

Eugene Davis, 35, and Angela Sharp, 27, led police on a high-speed chase on July 21 after trying to apprehend them.

The couple have been charged with four separate burglaries for stealing large quantities of Red Bull energy drink in the space of a week.

In the first incident, police said a man matching Davis’s description walked into a Smart & Final store on July 13.

Employees said the suspect stole 20 cases of Red Bull. When a worker confronted him, he reportedly said, “Don’t come near me. I have a gun. I’ll use it if you come near.

On July 14, Davis was reportedly seen “acting suspiciously” at a Costco store. According to the police, he had “a cartload of Red Bull suitcases, a Dell laptop and a security camera”. A loss prevention officer spotted him trying to leave Costco through a side door without paying.

When they were arrested, police said they found around 190 cans of Red Bull, mostly unopened, in the car. Sharp admitted to the theft on July 20 and reportedly told police “she [it] because she’s addicted to Red Bull.”

Weekends are for buffet indulgence, sometimes