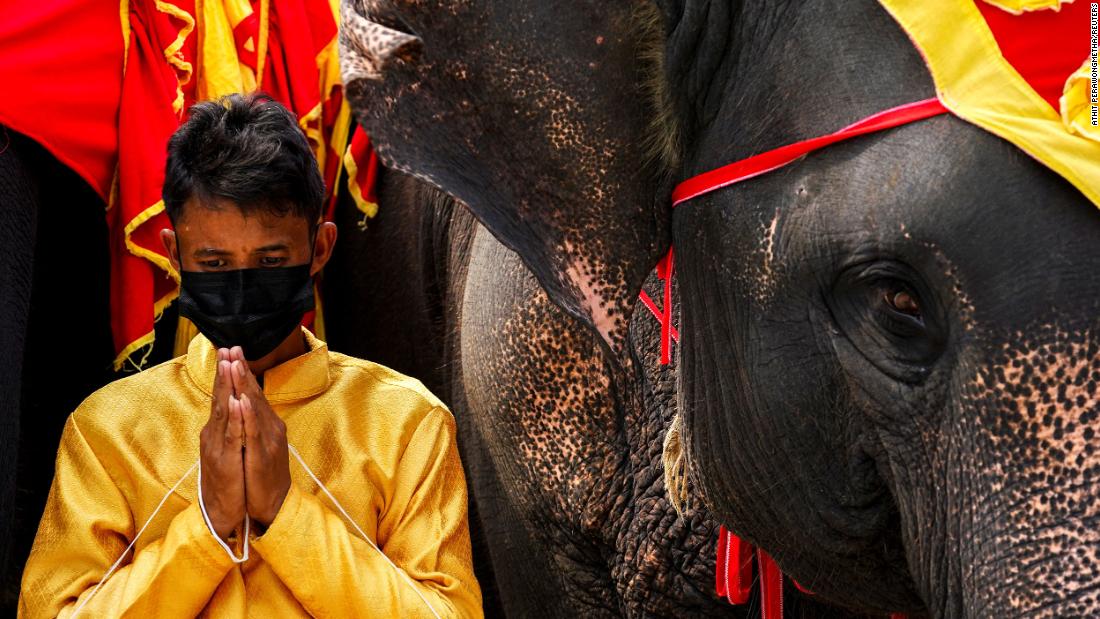 By Ellen L. Dawson Last updated Mar 14, 2022
Share
(Reuters) — Nearly 60 elephants enjoyed a huge fruit banquet at a Thai botanical park on Sunday as the Southeast Asian country celebrated its annual Elephant Day.
Elephants are a source of national pride and cultural identity for Thailand and are used for work, transport and battlefield triumphs by warriors and kings.

The event is commonly seen in various other parts of the country, but due to the pandemic and economic hardship, some have scaled back the celebrations this year.

At the Nong Nooch Tropical Garden in eastern Chonburi province, the elephants were treated to two tons of fruit and vegetables laid out on an 8-meter-wide table.

Elephants enjoy a “buffet” of fruits and vegetables during the National Elephant Day celebration in Thailand on March 13, 2022.

With the absence of foreign tourists for a long time, the buffet and a few visitors brought some heavyweight joy.

“Of course, they get bored because they get used to being around people. That’s why you see our elephants are very friendly to everyone,” said Kampon Tansacha, chairman of Nong Nooch Tropical Garden. .

“People like to see elephants, give them food especially bananas which they like and they look healthy and happy.”

Animal rights groups have long called for elephant camps in Thailand to end animal shows and rides, calling the shows a form of animal abuse.