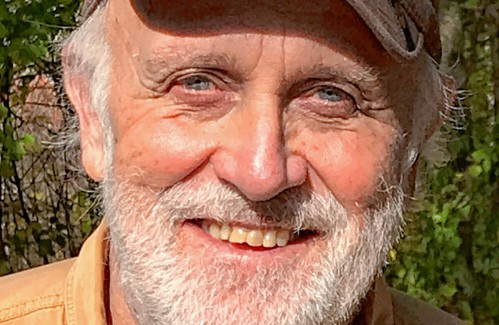 I was ingesting the “free continental breakfast” at a budget motel on a trip home, and felt about a “2” on a “1-10” good mood scale. Whatever the buffet’s objective merits may have been, it only succeeded in lowering my mood to a “1”. I knew that ideally and rightly I should have been grateful that I had enough food to fill my stomach, but how many of us are ideal and righteous all the time.

I sat at the back of the breakfast room, just wanting to read my paper and be alone.

Before I had the chance to move into solitary confinement, a mother and her three children (a girl around 7, a girl around 5, a boy around 3) sat at the table next to me, after walking past several empty tables to take it there. I thought the mother had decided to sit in the back of the room so that the children’s energy and frantic chatter would be less intrusive to the adult breakfasts.

Immediately the three kids, who were as excited about the choices in the breakfast layout as I was unenthusiastic, started arguing about getting food off each other’s plates. I wasn’t in the mood for exuberance, so I let out a sigh big enough to convey the terrible realization that I wasn’t going to be left wallowing in my funk alone.

The mother heard my sigh and immediately tried to calm the children down. As she did so, I pulled back the curtain of my self-centeredness and saw her and the children for the first time. I felt like she spent a lot of time trying to avoid or respond to sighs.

I knew then that she was not someone on a winning streak, not a mother happily traveling to grandma’s house, or anywhere else. I have seen the high fever of a life crisis or the constant burning of poverty, or both. Writer Rosellen Brown used the phrase “the eyes of an assisted mother” in one of her short stories. I guess I saw in this woman’s eyes a young mother trying to find her way through a rough sea and do the next right thing for her children.

I kicked myself for my self-absorbed sigh and told myself not to show disapproval anymore, no matter what sounds or objects came to me from their table. The woman had enough on her plate besides the motel food without me adding to the pile.

In the breakfast room, then later when I passed the four of them in the hallway of the motel, the mother looked like she could have used the help of a Border Collie to guide the children, but she was always patient, gentle and caring. as she did.

Sometimes a writer, at least this writer, tries as hard as he can, can’t find exactly the right word to capture and convey what he sees. I thought about describing the mother’s attitude as “conscientious” or “stoic”, but these adjectives, although appropriate, are not enough, could sound too much like simple resignation. In keeping with Hemingways’ definition of courage as “grace under pressure”, I thought of “courageous”. But even that word was below what I saw.

Later that morning, I was in the motel parking lot at the same time as the mother, and I saw her lock the children in an old, run-down pickup truck, then lift the hood and perform what seemed like a routine. regularly with the engine to start it. After picking up the engine and getting the kids in (no small task either way), she sat in the driver’s seat and read some papers. I imagined the papers were about her itinerary for the day, where she was to go, who she was to see, to try to pick up the pieces, to straighten the ship.

It occurred to me to approach the young woman and tell her that I admired her. More than that, I thought about offering him money, “giving it straight.” In this case, however, my reluctance prevailed over my inspiration and I did not approach her. As I write this, I’m resolving to make a Thanksgiving donation to an organization that supports families in crisis in order to catch up on this moment. If you are prompted by this column to do the same, my writing will have served both of us well.

After she put down the papers and left, the word I was looking for, the adjective I wanted to give her, came to my mind: “estimable”, worthy of great respect. Yes that’s it. That’s what I saw looking behind the curtain.

And now, to this gift…