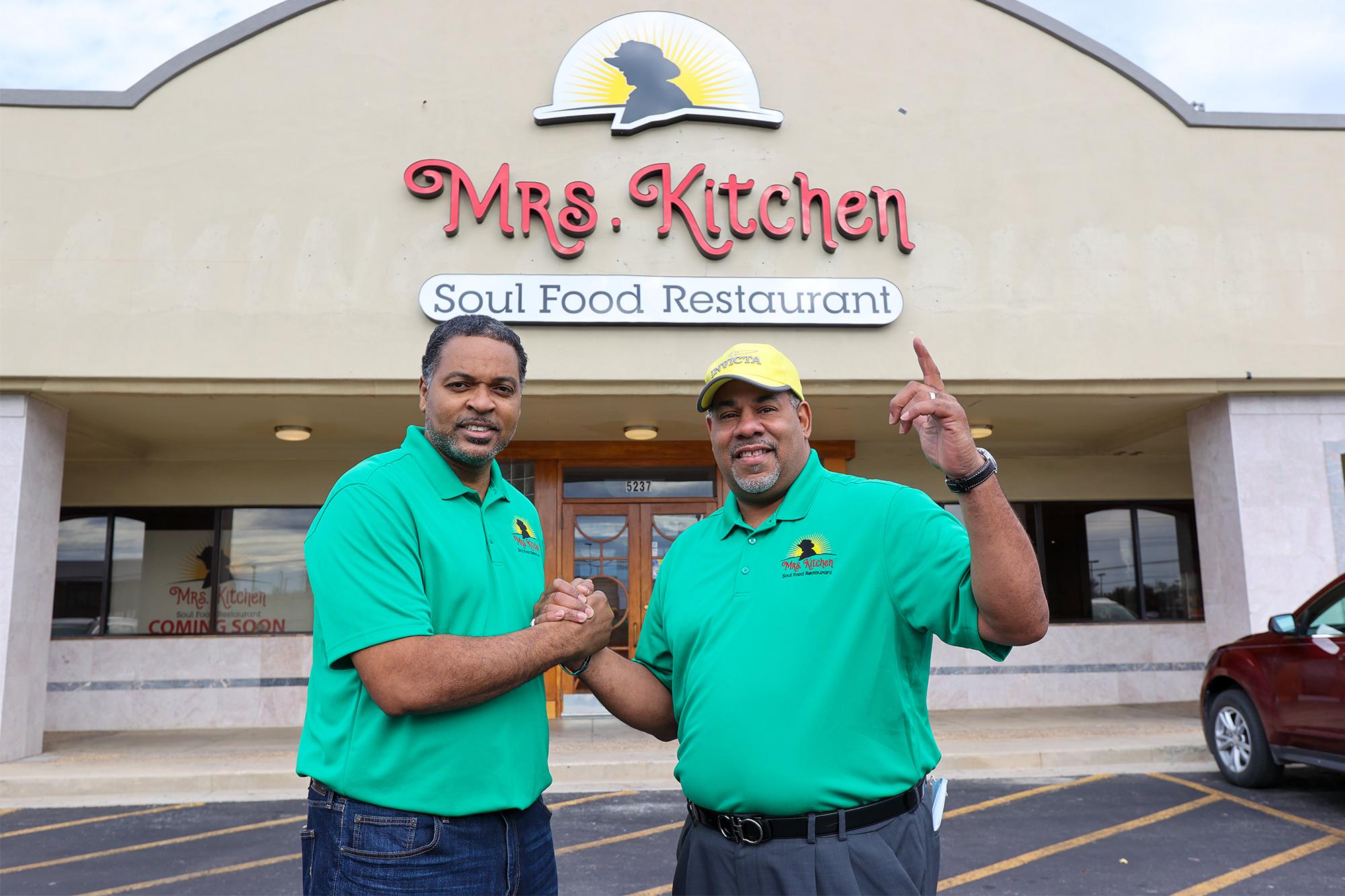 It’s not just soul food that keeps customers coming back to Mrs. Kitchen.

Certainly, customers rave about the fried chicken, cornbread, macaroni and cheese, candied yams, meatloaf and collard greens that the East Side restaurant serves up in generous portions.

But guests also return because the atmosphere is laid-back and the owners and staff are friendly. The fare and ambiance are reminiscent of the comforts of home and reminiscent of their grandmother’s kitchen – which is owner Garlan McPherson’s inspiration.

As McPherson prepares to move from the cottage at 2242 E. Commerce St. which houses Ms. Kitchen to a much larger space at 5237 Walzem Road in Windcrest, he thinks his grandmother is smiling at him.

McPherson, who grew up East and North, decided to open the restaurant in 2011 after serving as a probation officer for Bexar County. He wanted to work for himself, he said, and as a child he had watched his grandmother cook.

Some doubted he would succeed in the neighborhood.

On ExpressNews.com: Review: Ms. Kitchen delves into soul food on the East Side

Ms. Kitchen has become popular with San Antonio residents and foreigners alike. Staff started taking postcodes to see where customers were coming from; they came from all over town, McPherson said.

He said he was looking to give back to the community, employing neighborhood friends and offering large portions that could feed a family at affordable prices.

As more customers entered the roughly 1,700-square-foot home and struggled to find parking, McPherson said he began to pray and search for a bigger place to rent several years ago. years.

The coronavirus pandemic that took hold in San Antonio last spring made spacing constraints even more difficult. McPherson closed the restaurant and set up a makeshift drive-thru for takeout orders, but business took a hit.

He was primarily looking for a new location on the East Side, he said, but finding a large venue with ample parking and readily available was difficult. Plans to move to another location down the street did not come to fruition.

Then an opportunity to take over a space of around 8,000 square feet in Windcrest came along, with tables, chairs and plenty of room to spread out customers.

“We have to take our chances when it comes our way,” he said. “Now bring the tour buses, bring them all.”

McPherson had been specific in his prayers — he wanted a kitchen with red flooring and drainage, for example — and he said God answered.

“When I looked down, I saw this floor, I said, ‘God is so real,'” he said. “It just (brings) you to tears, how wonderful he is during this time.”

Ms. Kitchen will be opening her new digs soon, and McPherson plans to make a few additions to the menu. Prices will still be reasonable, he said, although portions may be slightly smaller. Rent is higher in Windcrest.

He could eventually open other businesses.

“I plan to come back and do things,” McPherson said of the East Side. “Now I can come back, and eventually things will get better and I can open another business on the East Side.”

On ExpressNews.com: The Troubled East Side project moves forward

Betty Braden, who lives near Ms Kitchen’s former East Commerce location, said she was sad to see the restaurant disappear.

Mrs. Kitchen’s fried chicken, pork chops, collard greens and green beans are favorites of her and her husband, Gene. The prices are good, she says, and the servers are friendly.

“Their food is delicious,” she said. “It’s good home cooking.”

The Bradens can make the trip to Windcrest from time to time, she said, but it will be a planned outing instead of a quick trip down the street for lunch.

“I don’t know of any other restaurants like Ms. Kitchen in the area, so I think that type of food…there will be a vacancy there,” she said.

Tee Tee Bass-Merritt, who has been dining at the restaurant for around four years, plans to clear her schedule for the opening day of Mrs Kitchen in Windcrest. (McPherson has yet to set an opening date.)

She recently visited the new location and is thrilled that it is bigger and closer to where she lives in the Converse area.

“Once I went to Mrs. Kitchen, I was addicted to food,” Bass-Merritt said. “It feels like home.”

She first found the restaurant while searching for local soul food and black-owned businesses.

Aside from the food – “everything I’ve eaten is good,” she said, although she has a soft spot for smothered pork chops, candied yams and macaroni and cheese – the service , prices and family ownership stand out.