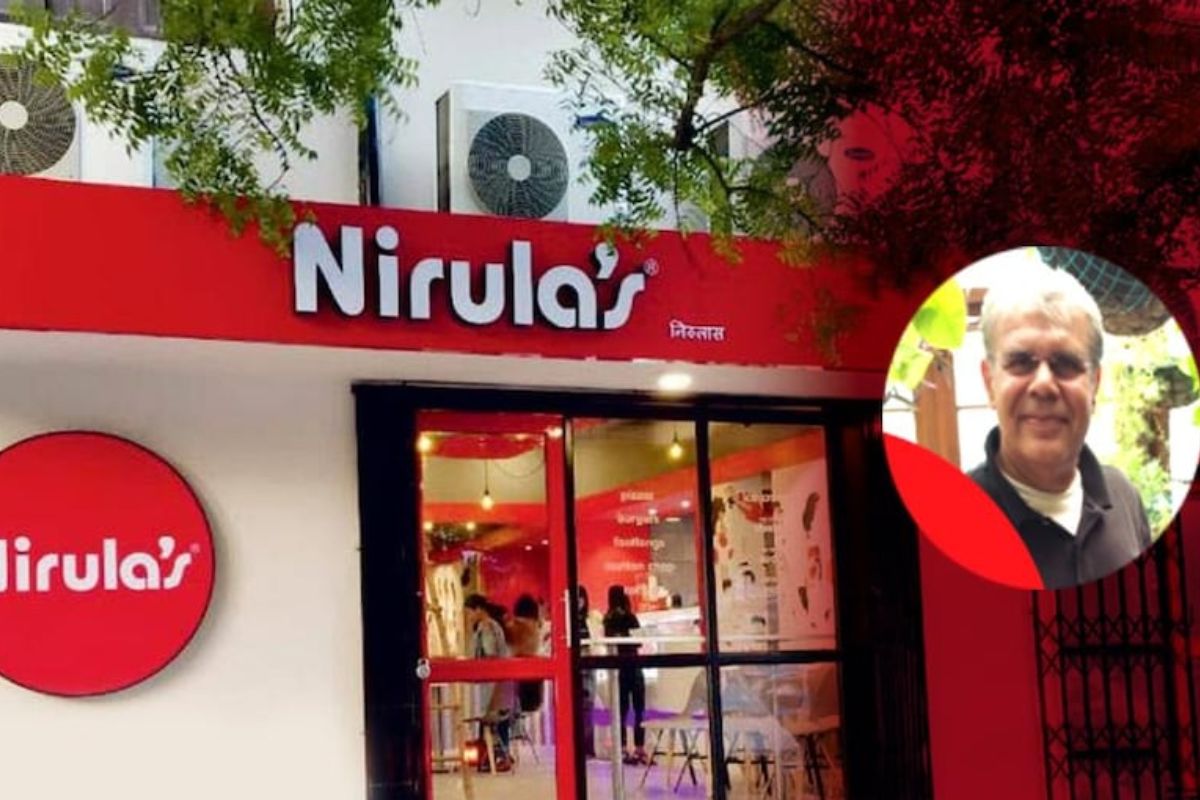 Before the introduction of KFC and McDonald’s, Deepak Nirula popularized fast food. He died in his 70s.

The 12-room hotel in India was built in 1934 by brothers Lakshmi Chand and Madan Gopal Nirula at Connaught Place in Delhi. A restaurant and bar were also present. The Nirula brothers tried their hand at various vocations when they arrived in Delhi in 1928.

But they soon found that there weren’t many great restaurants in or around the capital. Even though they had no previous experience in the industry, they eventually opened a family hotel. The brothers later introduced espresso coffee to the nation’s capital when they launched the Indian Coffee Shop on Janpath in the 1940s.

It’s no surprise that the family took the lead in a new revolution – the fast food revolution – three decades later in central Delhi. Their sons Lalit and Dipak Nirula founded Nirula’s in 1977.

They have created a menu that is unheard of in this region of the world, with pizzas, footlongs, ice cream and, of course, hot chocolate fudge. The heart, life and palate of every Delhiite have been affected by the location over its 50 years of operation.

As a result, nostalgia erupted on social media on Wednesday following news of Dipak Nirula’s death at the age of 70. Everyone talked about the hot chocolate fudge and lime ice cream as if they had personally experienced them. Deepak Nirula created the famous Nirula fast-food chain in 1977, a few years before Maruti started the vehicle revolution in India in 1983, according to Lloyd Mathias, former marketing director of HP Asia.

Born in New Delhi on April 3, 1952, Nirula graduated with a Bachelor of Science in Hospitality Administration from Cornell University in 1974. Additionally, ‘Marquis Who’s Who’ recognized him as an outstanding food service executive.

The company noted in an article honoring Nirula: “Mr. Deepak Nirula, a fast food pioneer, brought cuisines from all over the world to India and created the oldest and first fast food brand in the country. It allowed Indians to try a variety of ice cream flavors for the first time. We appreciate your introducing us to pizza places, burger joints, and ice cream parlours, inspiring HCF to pursue a college education, and making our first date so memorable. The world will miss you, Mr. Nirula.

Delhi-born and raised restaurateur Zorawar Kalra currently owns and oversees several restaurants across the country, including PaPaYa and Farzi Café. The environment and my time with Mr. Dipak Nirula are both amazing memories for me,” Kalra said. In India, Kalra is credited with founding a well-known food company.

He adds that their ice cream, which he describes as the richest ice cream ever, and their hot chocolate fudge, which has been his favorite ever since, still taste the same today.

In fact, Kalra claims that he approached Dipak Kalra for a mentorship session in 2004 after he returned to Delhi after completing his studies in the United States. Dipak Kalra reportedly took him to Connaught Place for a leisurely lunch while giving him a ton of business advice. Kalra also recalls how Nirula resisted the invasion of foreign companies from QSRs (quick service restaurants) in the early 2000s.

After the initial excitement when McDonald’s attracted interested customers, Nirula’s was able to maintain its stability, and it still does today. I remember when McDonald’s restaurant opened next to Nirula’s in Basant Lok market.

It was practically the only fast food restaurant in town; we knew the menu by heart, according to novelist Rakshanda Jalil, who has lived in Delhi since 1967 and “has seen Delhi evolve, its eating habits change”.

The menu has been designed so that there is something for everyone, she continues. Even though Nirula’s also offered mutton chops and pizzas in addition to its South Indian counter, you couldn’t buy a dosa at a McDonald’s. When we were kids, we read Archie comics, we also drank a lot of Coke, which we could also afford with our meager pocket money.

By then, Nirula had already established itself as a CP icon, and the neighboring “Potpourri” salad bar had been added. It also had a 21-flavor ice cream parlor and served western fast food such as burgers, pizzas and subs.

The fast food industry grew steadily over the next two decades, and Nirula’s, with its Indianized menu and affordable prices, managed to maintain its competitive edge despite the entry of foreign QSR chains.

Nirula’s was purchased by Navis Capital Partners in 2006. The first CP restaurant and Potpourri both moved to K-Block the following year. Additionally, Nirula’s Ice Cream Shop in Noida built the first Ice Cream Museum in India. Currently, the brand is sold in 85 locations in the states of Uttar Pradesh, Maharashtra, Madhya Pradesh, Uttaranchal, Haryana, Rajasthan and Punjab, as well as in Delhi and the region. of the national capital.

According to Jalil, they were way ahead of their time and “succeeded in retaining their flavors in a world of diminishing standards. The week before, she had just placed an order for a hot chocolate fudge at Nirula because she needed “food for the soul.”

Even Kalra had placed an order for Nirula’s mutton sausage pizza two months before. He claims he orders it and enjoys the toppings even on days he is on a low carb diet. Pizza with mutton sausages may not be available everywhere. He goes on to say that their homemade sauces, especially their mustard sauce, are identical.

A Thanksgiving brunch buffet will be served in Toronto this weekend