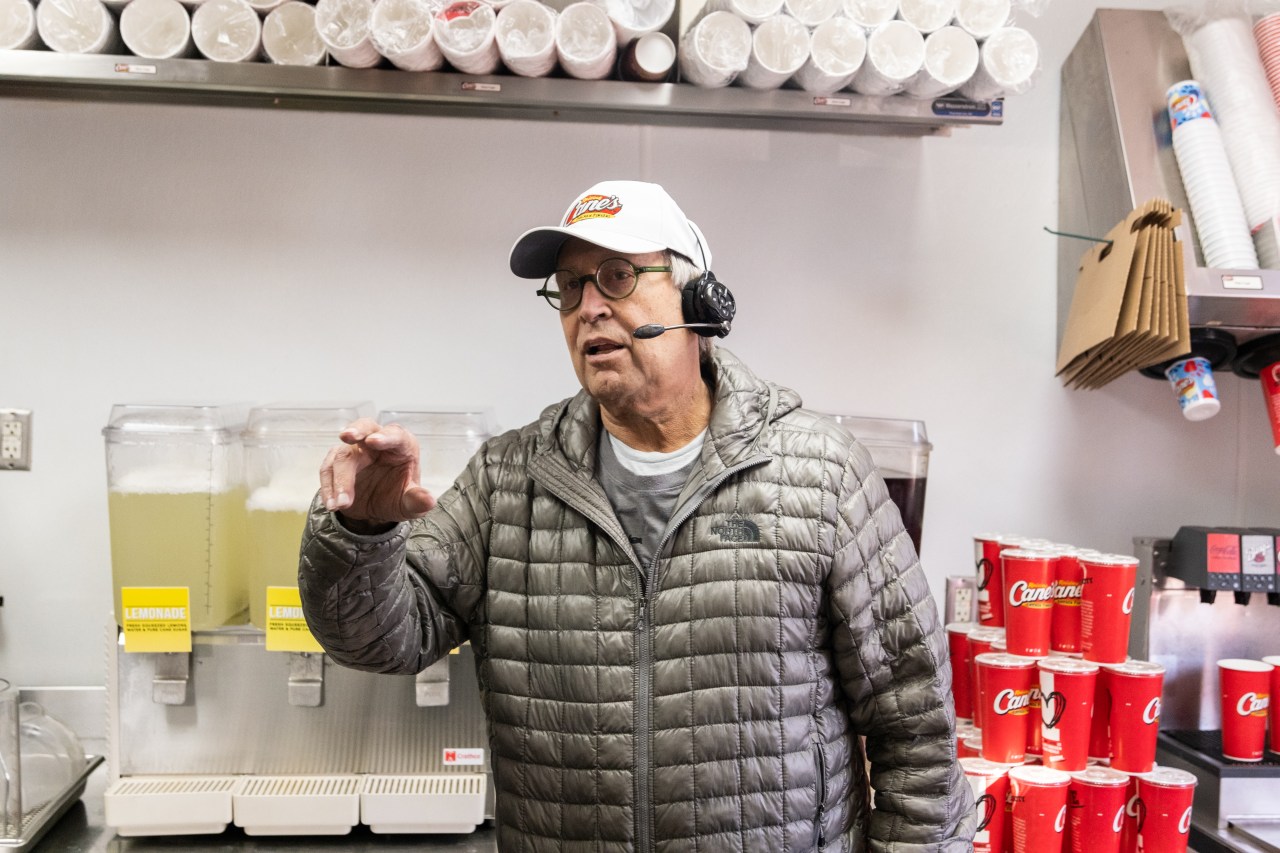 CHARLESTON, South Carolina (WCBD) – Comedy icon Chevy Chase made a surprise visit to a South Carolina chicken joint while in town for a special screening of his holiday classic, National Lampoon’s Christmas Vacation.

After grabbing a bite to eat at Raising Cane’s in Charleston, Chase decided to get to work behind the counter.

He put on a Santa hat and started taking orders at the checkout before moving on to the drive-thru queue. Chase also made time to chat with his new co-workers and joke around with customers during his “shift.”

The 78-year-old comedian was a cast member of “Saturday Night Live” and the original host of the show’s “Weekend Update” segment. He also acted in films, including the series “National Lampoon’s”, then returned to television for several seasons on “Community”.

Get the latest news, weather and sports on your smartphone with the WFXR News app available on [Apple] and [Android]