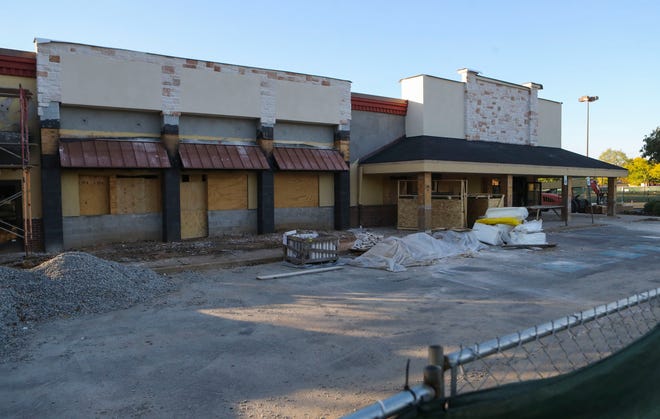 This story has been updated to correct the mall owner. The property is owned by the family of the late Joseph M. Capano.

Construction of a new restaurant in Stanton is well underway to replace the Old Country Buffet.

Cheddar’s Scratch Kitchen is scheduled to open in early 2023 at Center Pointe Plaza, 1325 Churchmans Road. Cheddar’s began talks last fall to take over the 10,300 square foot site and signed a lease in April to repurpose the Old Country Buffet.

More mall updates:How are the main shopping centers in the state evolving?

Cheddar’s offers “homemade” comfort food like chicken pot pie and croissants, as well as traditional burgers and a variety of chicken, steak, and seafood dishes. It also has a full-service bar.

This will be the second Cheddar’s restaurant in Delaware. The first site opened in 2013 in Camden, along the South Dupont Freeway.

The Old Country Buffet was a Stanton staple from 1997 until it closed in the fall of 2020 due to issues caused by the COVID-19 pandemic. The channel itself had suffered several financial setbacks over more than a decade, filing for bankruptcy three times between 2006 and 2016.

In 2018, Delaware Online/The News Journal published a poll asking readers which restaurants they would like to replace Don Pablo’s near Christiana Mall, and Cheddar’s was a popular response.

MSC Realty, which manages Center Pointe Plaza leases on behalf of the family of the late Joseph M. Capano, is also in negotiations with a retailer to occupy the former location of Babies R Us. tenant who will take over the 16,000 square foot site.

Boot Barn opened there in March, taking over the former Modell’s Sporting Goods.