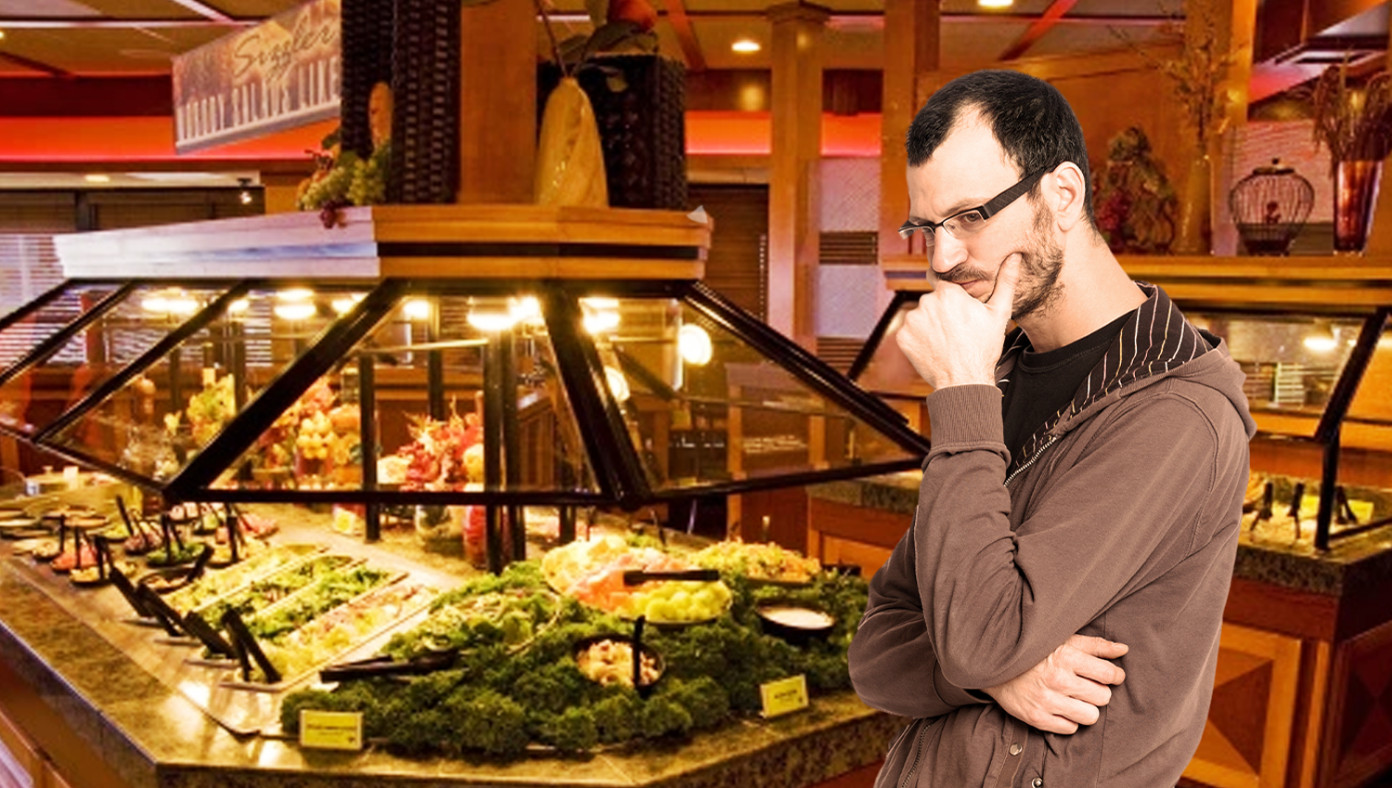 Calvinist overwhelmed by the number of choices at the Sizzler Buffet

ONTARIO, CA—Local Calvinist man Percy L’Heureux has been to his favorite Sizzler restaurant for his weekday meal special, where he gets a delicious 8-ounce sirloin steak plus unlimited trips to the salad bar and at dinner for only $14.99. Wow! It’s a lot !

Unfortunately, however, L’Heureux, being a strong proponent of predestination, was crippled by the number of choices at the Sizzler buffet, as Sizzler has so many choices, causing him to seize up and be unable to make a decision.

“So much free will choice here,” L’Heureux thought to himself as he looked at all the different types of fresh, crunchy salads he could choose from, the three varieties of croutons he could choose from, and the dozens and dozens of toppings. for her salad, cottage cheese with hard-boiled eggs fresh from the farm. “And that’s even not to mention the dinner options,” he mused, realizing there was a whole bar that offered tacos, soups, and a variety of other hot dishes.

“Sizzler is the one giving us choices, and that goes against my beliefs,” L’Heureux told an elderly woman behind him (she really didn’t care because she just wanted to go for the tacos). “I just don’t know what to do.”

As of press time, L’Heureux had returned to his seat and taken comfort in the fact that God had commanded him to eat the delicious cheese bread, of which there are unlimited refills at the excellent Sizzler restaurant chain.

The judges of a school spelling bee are puzzled and furious when a child dares to ask them for a definition of the word “woman”.