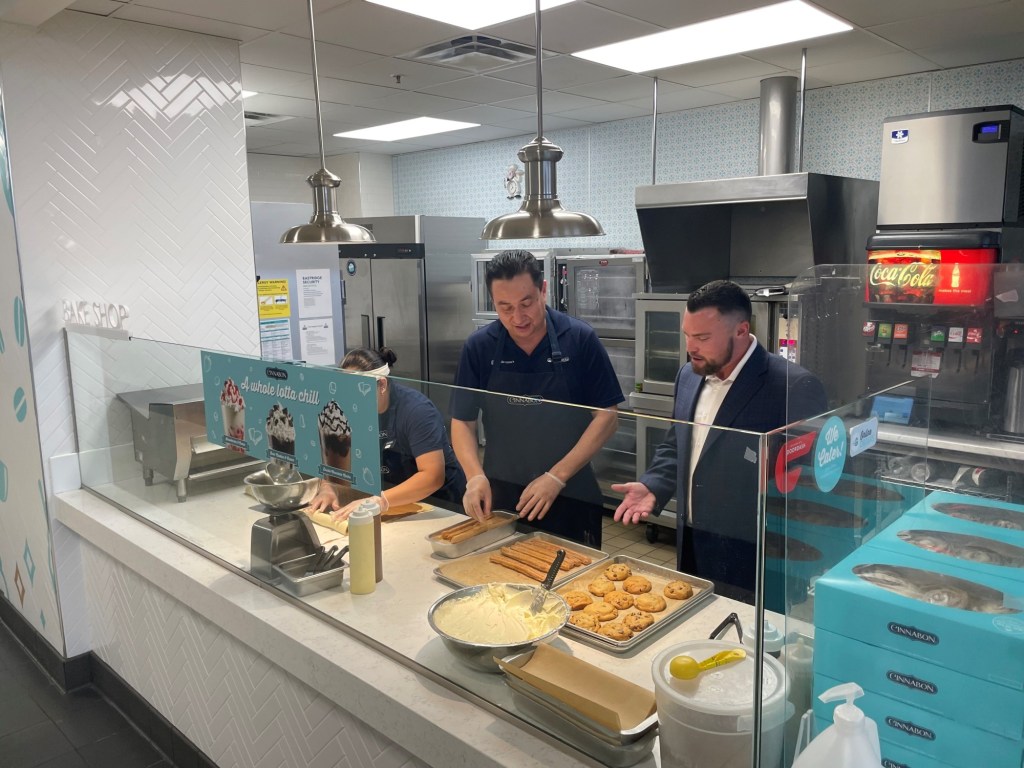 His family franchise owns 34 El Pollo Loco restaurants in Southern California, and in recent months they have all been hammered by inflationary price hikes. But now he has something new to fear – Assembly Bill 257.

The legislation would create a state-run council to negotiate wages, hours and working conditions for California fast food workers. But a new report suggests the changes could drive up prices for consumers by up to 20%.

The analysis — compiled by the UC Riverside Business Center for Economic Forecasting and Development and paid by the International Franchise Association — comes as nearly 100 fast-food franchisees took to Sacramento on Wednesday, Aug. 17 to speak out against the impacts of the bill, also known as the FAST Recovery Act.

The legislation – backed locally by community allies and union leaders – is designed to tackle wage theft, harassment, discrimination and unsafe working conditions fast food workers say they encounter on the job. Similar bills have been passed in California to protect garment and contract construction workers.

Lara’s biggest concern is that an unelected body is dictating what her restaurants can and cannot do. It employs over 1,000 workers and AB 257 leaves many questions unanswered.

“Could we still hire and employ as many people as we do? Laura asked. “Would we be able to offer that many hours and would we have to increase the costs to stay afloat? We already pay 80% more for boneless chicken breasts.

Christopher Thornberg, director of the Riverside center, said the bill would hit low-income consumers the hardest.

“If the FAST Act is passed, we can expect a very large increase in food costs for affected restaurants, and this could push these families to breaking point, given the financial pressures working families are already feeling due to rising rents, gasoline and other necessities,” he said.

The center’s analysis indicates that AB 257 would effectively create a new food tax at a time when inflation is at record highs and could drive fast food prices up to 20%.

Thornberg cited two factors that would contribute to higher fast food prices: one is the likelihood of the AB 257 state board raising wages at the various fast food outlets and the other is liability. increase in fast food businesses.

Under AB 257, responsibilities that would normally fall to franchisees would instead be passed on to fast food companies. Thus, fast food chains would be held liable when workers allege minimum wage violations or unpaid overtime at a franchise store.

AB 257 would also allow franchisees to sue their parent company if their franchise agreements contain strict clauses that leave them no choice but to violate labor laws.

The bill would require standards for minimum wages, maximum working hours and other working conditions set by the state-run board, in the absence of a valid collective bargaining agreement, and they would be enforced by California Division of Labor Standards Enforcement.

The council would conduct a comprehensive review of these factors every three years and would be required to hold public hearings every six months during which it could coordinate with various local bodies.

The bill further allows cities with more than 200,000 residents to establish a food industry council that could provide recommendations to the state-run panel.

Gov. Gavin Newsom has yet to take a position on the bill, but his Treasury Department opposes it, saying it would create “ongoing costs” and add to delays in the labor enforcement system. the state.

Harsh Ghai is also not a fan of AB 257. His franchise includes 200 Burger King, Taco Bell and Popeye’s restaurants, including 180 in California.

Ghai said wages at his restaurants vary based on labor demand in each market. They all pay above minimum wage, he said, but the increased costs associated with AB 257 would be hard to absorb.

“Grocery stores can pass higher costs on to customers, but we can’t pass on as much because our customers rely heavily on strong value propositions,” he said.

Ghai and other franchisees met with several state lawmakers in Sacramento on Wednesday. Some communicated online. But others — including Sen. Anna M. Caballero, D-Merced, and Assemblyman Tim Grayson, D-Concord — have met the company’s owners in person.

Caballero and Grayson were responsive to franchisee concerns, Ghai said.

A representative from Caballero’s office said she is reviewing both parties’ amendments to AB 257 and will make her decision once the updates are finalized.

The starting pay for cashiers at Lara’s 34 El Pollo Loco locations is $16 an hour. It’s $1 more than minimum wage, but many of California’s more than 700,000 fast-food workers say it’s not enough.

Laura Pozos said she made $16 an hour working at a McDonald’s in Los Angeles and barely got by.

“They cut our hours,” the 59-year-old East Los Angeles resident said recently. “I work 33 to 34 hours a week and it’s not enough to pay my bills. My electric bill alone is $200 a month. These are miserable wages.

California fast food workers have held local and statewide rallies over the past two months in support of AB 257.

Unionization in the fast food industry, however, remains elusive.

The San Antonio buffet racks up an assortment of violations