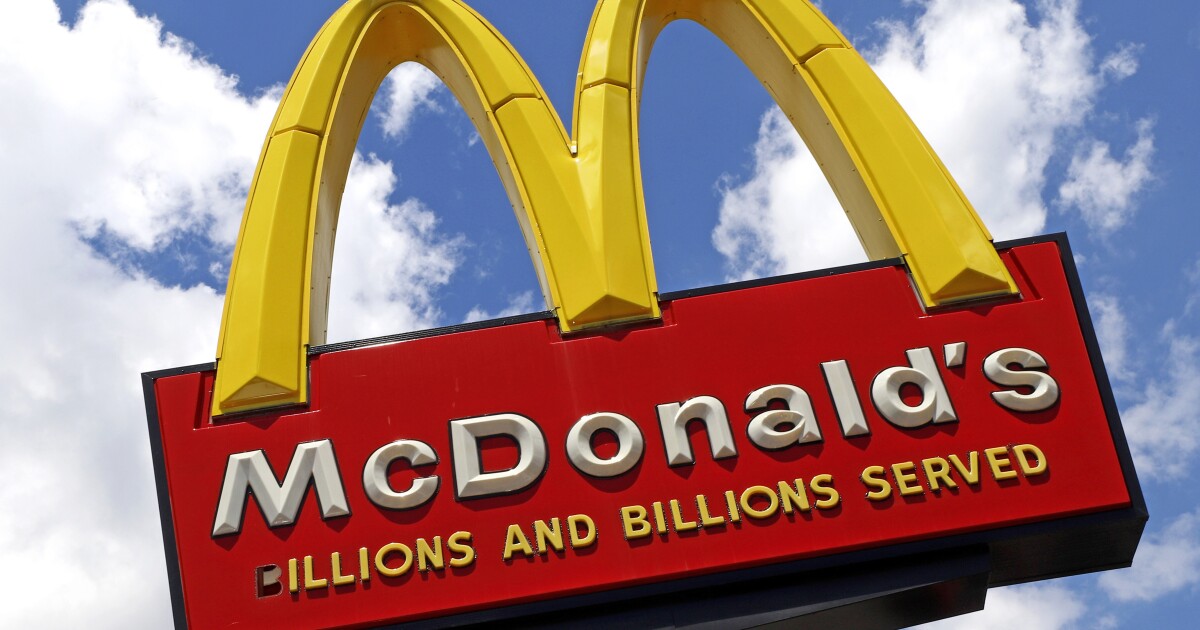 When you walk past a McDonald’s, you can assume that it is operated by the global mega-corporation. But in many cases, this is a franchise owned and operated like a small business.

This model has been a path for entrepreneurs – many of whom are women, immigrants and minorities – to build wealth and become upward mobile. But it also left workers in one of America’s largest industries with little formal recourse for poor wages or unsafe working conditions.

Fast food workers at stores scattered across California plan to quit their jobs on November 9 and gather outside McDonald’s stores in San Diego, Los Angeles, San Jose, Oakland, and Sacramento in a bid to expand the legal responsibility beyond individual franchisees to their corporate franchisors and to protest against occupational health and safety conditions.

The protests aim to pressure state lawmakers to support AB 257, a bill that would establish a state-wide fast food industry council made up of workers, representatives of companies, franchisees and government officials who would meet every three years to negotiate industry standards on wages, hourly work and other conditions for fast food workers.

The bill would require fast food restaurants to ensure their franchisees comply with various employment and public health and safety orders, including those relating to unfair business practices, discrimination in employment. , the California Retail Food Code, as well as new standards issued by the Council. The bill would make violations of labor laws by franchisees enforceable against the franchisor and the franchisee in the same way.

The planned action comes amid a wave of protests and strikes this fall, dubbed “Striketober”, as workers demand better working conditions and better wages. Low-wage workers, having experienced decades of stagnant or declining wages and benefits, are fed up. The COVID-19 pandemic has given many blue-collar workers new frustration and visibility as they continue to operate under grueling, often fatal, conditions.

The fragmented nature of the franchise agreement – in which an establishment owned by a small business pays royalties and is contractually bound to its corporate franchisor – means that even if a company holds the reins of the operation of the store, it can abdicate. responsibility for wages and working conditions.

This has led to many fast food walkouts over the years, on issues such as handling complaints of sexual harassment, salary theft, safety and compensation, such as the “Fight for $ 15” movement, organized by the Service Employees International Union.

This week, McDonald’s employees in some cities in the Midwest and the East Coast protested what they say is the continued sexual harassment of employees. The clutch was caused by a lawsuit against McDonald’s and a franchise in Pittsburgh for negligence after an on-site manager was accused of raping a 14-year-old worker.

“This is not a group of workers who suddenly realize that they are underestimated or underpaid. I would say they led other workers, ”said MP Lorena Gonzalez (D-San Diego), who is the author of AB 257.

Walkouts raise awareness but do not necessarily stop operations. Often workers are afraid to speak up, fearing reprisals, said Crystal Orozco, who works as a shift supervisor at a Jack in the Box in Folsom, Calif. Orozco said that for three years she had worked in the cemetery from 10 p.m. to 6 a.m. to five a.m. days a week with no allocated breaks.

“They would expect us to take breaks between cars [ordering at the drive-through], and we wouldn’t get kicked out or get a penalty for it, ”Orozco said.

Orozco said she was threatened with reduced hours for expressing a grievance. With the help of the SEIU, Orozco, 36, filed an unfair labor practice complaint alongside his colleagues at Folsom, alleging that the facility’s regional manager retaliated against workers who complained or spoke with union organizers threatening to call immigration enforcement authorities.

Fast food workers are more likely to be women, Latinos, or low-paid employees. Almost 80% of the fast food restaurant workforce in California is made up of people of color and over 60% Latinos, according to a report prepared by working researchers at UCLA and UC Berkeley. The same study found that two-thirds of fast food restaurant workers in California rely on safety net programs to support their families.

AB 257, dubbed the Fast Food Restaurant Responsibility and Standards Act, failed a June floor vote in the assembly, missing by two votes. Shortly afterwards, the bill was approved for adoption by the Assembly in January.

Business interests have expressed strong opposition to the bill, saying the creation of a commission with the power to decide wages and health and safety measures is an overshoot. Matthew Haller, president of the International Franchise Assn., Said the association has heard from members saying they will not expand into California with new franchises if AB 257 becomes law.

“For people in California who want to open a franchise business in the future, this opportunity will not exist at all,” said Haller.

There are approximately 76,000 franchise locations in California with a total of 728,900 jobs, according to a report by the International Franchise Assn. Members of minority groups have been able to benefit from owning and operating franchises, and the bill will hamper the growth of such businesses, opponents of the bill said. Asian Channels in the San Francisco Bay Area prospered and Black business owners operate many McDonald’s locations in South Los Angeles.

Thirty-three percent of all franchises across the country are operated by members of minority groups, compared to 18% of non-franchised businesses, according to a letter submitted jointly to the Legislature by the International Franchise Assn., California Restaurant Assn. and the California Chamber of Commerce.

Supporters of the bill argue that it could hold franchisees accountable and reduce the pressures they face. Franchisees often operate under strict constraints, with regular monitoring by business owners to ensure compliance with rules that dictate how long it takes to prepare food and even the vendor from whom they can purchase supplies. . Royalties and marketing costs can erode 12% or more of the turnover of franchisees.

If it turns out that a franchisee has violated state laws, the bill would give the owner of that location the option of seeking monetary relief or an injunction if his contract with his franchisor is honored. business was helping to break the rules.

AB 257 was on a list of bills attacking labor law in the last legislative season. Gov. Gavin Newsom has signed off many, including a bill that sought to address safety concerns at Amazon fulfillment centers across the state, where workers are suffering high rates of injuries related to closely monitored productivity goals, and legislation that extended fashion brands’ liability for labor violations in their supply chains.

Chris Rhomberg, a sociology professor at Fordham University who studies labor history, said a trend towards increasingly layered agreements between workers and employers – including franchising, outsourcing to subcontractors and the use of independent contractors – prevents employers from complying with labor laws.

“Because it is difficult to enter a workplace to establish a union, workers and unions are exploring other ways to try to have some control over their work and find other ways to regulate health and safety, ”Rhomberg said.

Terra Madre: natural food restaurant and the largest organic store in one