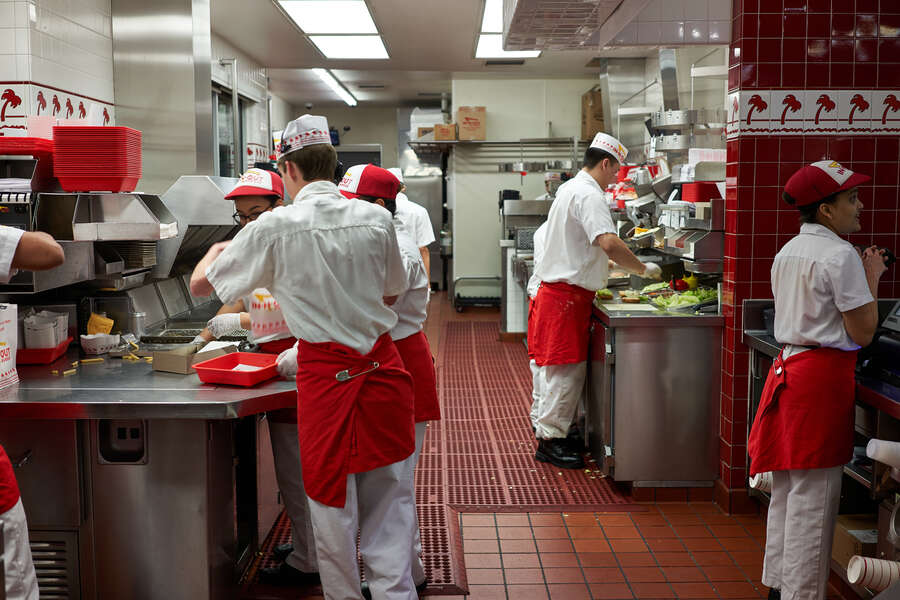 Everything is set to change for fast food workers in California after a bill to improve working conditions is passed by the state legislature and then signed into law by Governor Gavin Newsom September 5. According to Los Angeles TimesAssembly Bill 257, also known as Fast Food Recovery Actwill create a fast food tip that will set standards for fair pay, hours and working conditions for the industry.

Businesses have voiced strong objections to the bill – business owners say it will drive up food prices for customers. But, given the record profits that fast food companies have reported in recent years, another important reason behind their objections is likely that it reduce overall profits.

The Fast Food Council will have 10 seats, including four for franchisees and four for fast food workers. It would give workers more representation and voice, the power to set wages, and would be the first such council in the United States. If signed into law by the governor, it could signal a monumental shift in the standard for which fast food workers are treated and compensated. According CNN, the new minimum wage provided for by the bill could increase from $15 to $22 an hour.

A UCLA Labor Center study found that workers in the fast food industry have suffered a wave of unfair labor practices, which have only been made worse by the COVID-19 pandemic.

“Half of the fast food workers we surveyed also experienced verbal abuse, and more than a third experienced violence such as threats, racial slurs and even assault,” said author Saba Waheed. of the report and director of research at the UCLA Labor Center. said in a press release. “And that’s on top of managing wage theft, insufficient hours and other health and safety risks. The pandemic has shown how essential this workforce is, and we We need to tackle the deeper structural problems of the sector.”

Although the likelihood of the bill being signed into law was uncertain, Newsom signed the bill on Labor Day. The Los Angeles Time reports that Newsom’s Department of Finance and Department of Industrial Relations have released analysis opposing the measure.

“Today’s action gives fast food workers a stronger voice and a seat at the table to set fair wages and essential health and safety standards across the industry,” said Newsom, according to CNN. “I’m proud to sign this legislation on Labor Day, when we honor the workers who keep our state running as we build a stronger, more inclusive economy for all Californians.”

Fast-food restaurant workers have voiced their support for the bill, which is a chance for workers to have more say about their working conditions. As Voice previously notedthe bill’s success would likely inspire similar pushes in other states.

“We’re not trying to tell these franchisees and companies how to run their business. We just want them to listen to some of our ideas, that’s all,” said Jack in the Box employee Anneisha Williams. . Los Angeles Time. “We shouldn’t have to struggle so much. We want to be treated like we really are human beings.”