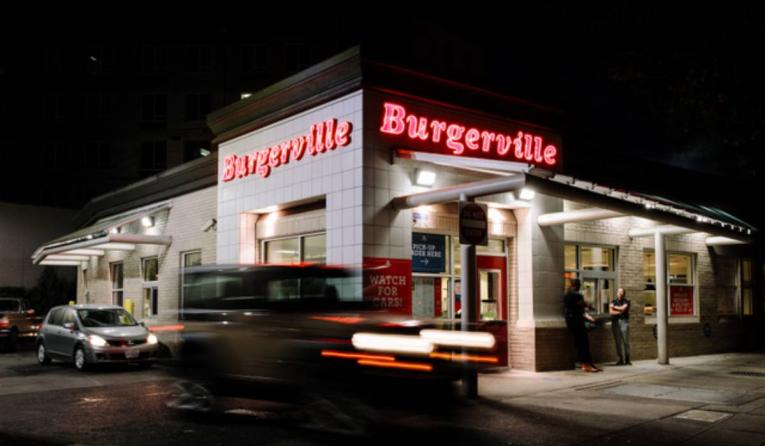 Burgerville said on Friday it had reached a deal with a union to create the first fast food restaurant work contract in the United States, the restaurant said.

The deal involves the Burgerville Workers Union, which represents five of the chain’s 40 sites. The tentative agreement was reached after three years and 51 sessions of negotiation. The contract will be approved if it receives full ratification from union members as well as Burgerville officers. This should take place before the end of 2021.

Under the contract, which would apply to all employees in the system, workers receive wage increases of 25 cents an hour above the Oregon or Washington minimum wage, until the wage of departure is $ 15. Burgerville began implementing this policy two years ago and now offers $ 14.25 an hour as minimum wage. The contract also provides for the authorization of tips in restaurants, which results in an average increase of more than $ 2 per hour for each employee. Burgerville also implemented this policy in 2019.

“I am very happy to reach an agreement that serves Burgerville employees, who are the heart of this business,” Burgerville CEO Jill Taylor said in a statement. “Our vision is for the Pacific Northwest to be the healthiest region on the planet, and we will continue to invest in Burgerville employees, the communities we serve, and the region’s farmers and ranchers. one team. ”

To support the health and well-being of employees, the agreement includes extended sick leave, vacation pay and paid parental leave.

The deal would allow workers to be paid for their vacation days immediately, instead of receiving a lump sum on the anniversary of their employment, according to Oregon Public Broadcasting. Additionally, Burgerville used Oregon’s predictive hours law that requires employers to distribute employee schedules two weeks in advance, but with the contract, workers would get a three-month schedule.

“This will give workers the long-term security of knowing how much money they are making, what their hours will be, what to plan for if they have children,” union organizer Mark Medina told the publication.

Burgerville is headquartered in Vancouver, Washington, and employs approximately 800 people at 40 locations in Oregon and Washington. In 2006, Burgerville became one of the first quick service restaurants to offer affordable health insurance to hourly employees.

“Burgerville has always valued its employees and invested in their well-being. As the first in the fast food industry to provide affordable health care to part-time employees in 2006, it’s no surprise to be the first to have a collective agreement, ”said Taylor. “What a great way to celebrate our 60e anniversary year. I hope that the agreement will be ratified quickly and that a contract will be signed before the end of the year. “

Union efforts are also happening at three Starbucks locations in Buffalo. According to several media outlets, ballots for the union elections were mailed to workers at these sites on November 10, after the coffee chain sought to delay the move so that the vote could include all stores in the region.

Kayla Blado, press secretary for the National Labor Relations Board, said ABC News that the ballots will not be counted until the board decides to consider Starbucks’ request to delay the election. If the request is denied, the ballots will be counted on December 9. If accepted, a new date will be chosen.

If all three sites voted in favor of a union, they would become the first Starbucks stores to be unionized out of more than 8,000 units managed by the company in the United States. The group is supported by Workers United Upstate, a subsidiary of the Service Employees International Union.

Earlier this year, Colectivo Coffee employees voted to unionize by a margin of 106 to 99. The union will consist of around 440 employees, with the International Brotherhood of Electrical Workers (IBEW) as the group’s bargaining representative. Previously, Buffalo-based Spot Coffee was the largest unionized cafe with around 130 members.