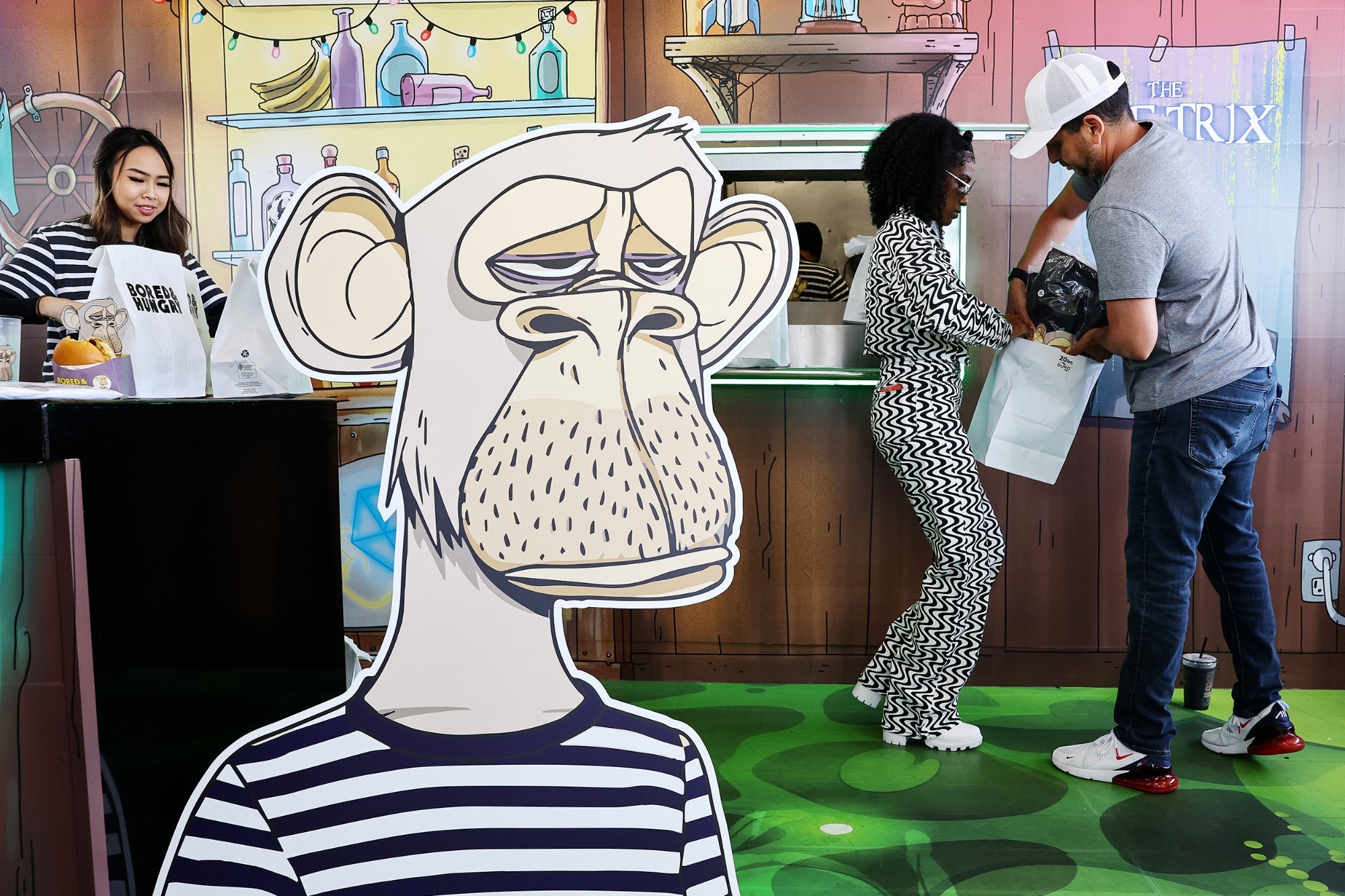 This article was translated from our Spanish edition using AI technologies. Errors may exist due to this process.

No, this is not a restaurant where, in addition to hamburgers, you can buy NFTs (non-fungible tokens, i.e. digital assets that represent something unique). bored and hungry is just a fast food restaurant that uses four of the characters from the Bored Ape Yacht Club collection as part of its brand image.

Located in Long Beach, California, the venue was opened by an entrepreneur named Andy Nguyen a few weeks ago. After acquiring four NFTs from the exclusive collection, he decided to use them to give his business an image. “We spent a little over $267,000 on the main monkey, which is the one with our logo, for the mutant monkeys we spent between $65,000 and $75,000 each,” the businessman explained to ABC7 .

Originally, the idea was for the place to be just one appear store (i.e. temporary) for 90 days, but given the success it has had, it has now become a permanent restaurant. Two different types of burgers are offered: the traditional, beef-based, and the vegan, vegetable-based. And although it is not possible to buy any type of NFT in the restaurant, it is possible to pay in cryptocurrency (ApeCoin and Ethereum).

Nguyen has extensive experience in running fast food businesses: burgers, ice cream, cafes, including a Hello Kitty themed cafe. Additionally, he is part of the team that created the NFT’s food fighters .

Although the Bored Ape Yacht Collection NFTs were created by Yuga Labs, Andy Nguyen and his team may use the image of some of them for their restaurant due to their ownership of those specific pieces. When you acquire a non-fungible digital token, you may also acquire the right to use its image in other areas (although this does not happen automatically and must be recorded in writing if it does). This allows them to be used for creative and different purposes, as in the case of this restaurant or Kingship, the virtual group that uses Bored Ape Yacht Club characters as members.

As NFTs become more popular, we can see them increasingly present in the physical world.

Fancy a buffet? Choices are slim for diners in the Peterborough area