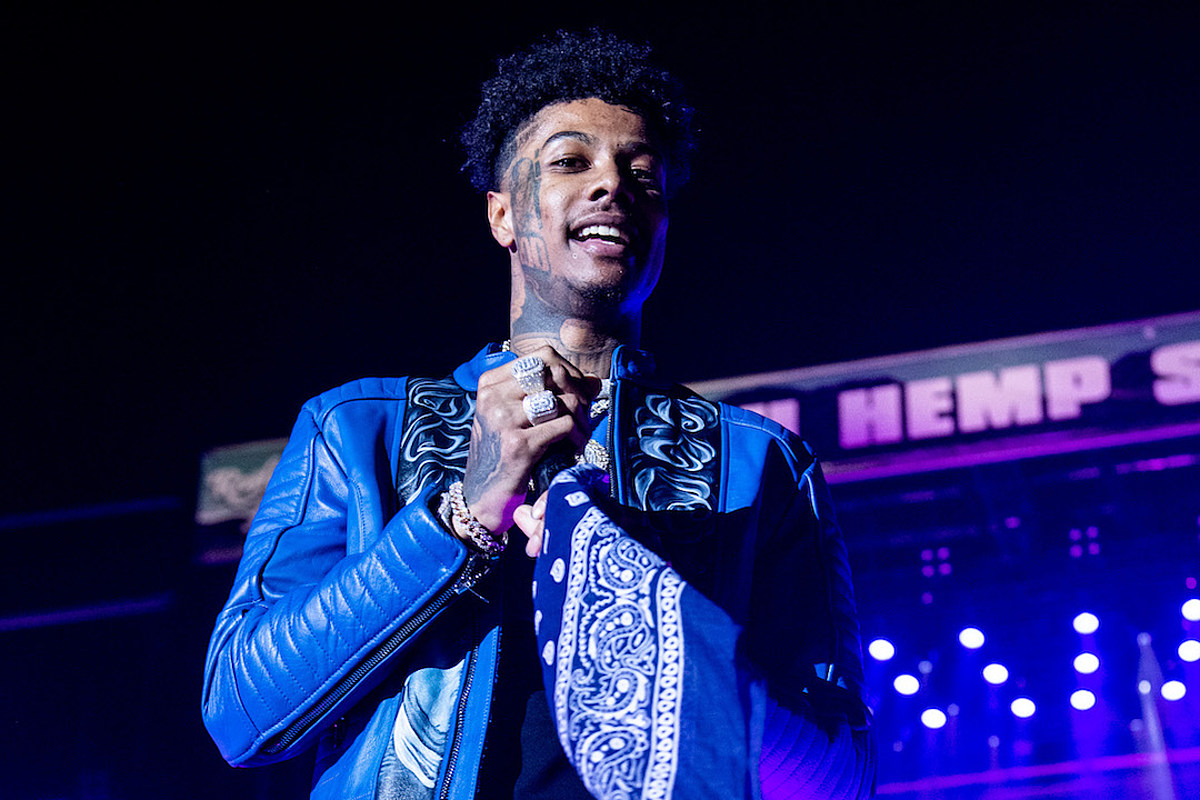 Blueface has been quiet on the music front, but it looks like he’s busy with his new business.

On Tuesday June 15, a video surfaced of rapper “Thotiana” showing his new restaurant on his Instagram story. The restaurant is called Blue’s Fish & Soul and is located in Santa Clara, California.

In the clip, Blueface walks through the back kitchen where several people are preparing and serving the food. The 24-year-old Cash Money West artist then unveils his signature drink, Blueface lemonade. In another segment, Blue shows her fans what her favorite restaurant order is – a signature plate called Blue’s Athlete Platter – which consists of fried shrimp, collard greens, and a side of mac and cheese.

Blueface also talks to customers inside the establishment and asks them how the food tastes. One customer says “It’s on fire,” while another smiles and exclaims that the food “slams,” which is Bay Area slang for “it’s really good.”

The rhymer also notes that the restaurant is recruiting. “We are looking for new employees if someone wants to come. Help is needed,” he shares.

Blueface isn’t the only rapper to start his own restaurant. During a Zoom conversation with XXL on January 14, Lil Baby revealed he was going to open a restaurant in Atlanta.

“I actually have a new restaurant and I’m going to open it in Atlanta,” he said. XXL, which he describes will have a lounge-like vibe. “It was supposed to be open in January, but we had to complete the stages, so maybe February, March.”

Lil Baby said the menu will include comforting Southern food and drink. “You know, lamb chops, lobster tails, rice, stuff like that,” he added. “A little music, some alcohol. Stuff like that.”

It’s always good to see rappers expanding their portfolios and starting business ventures in their own communities.