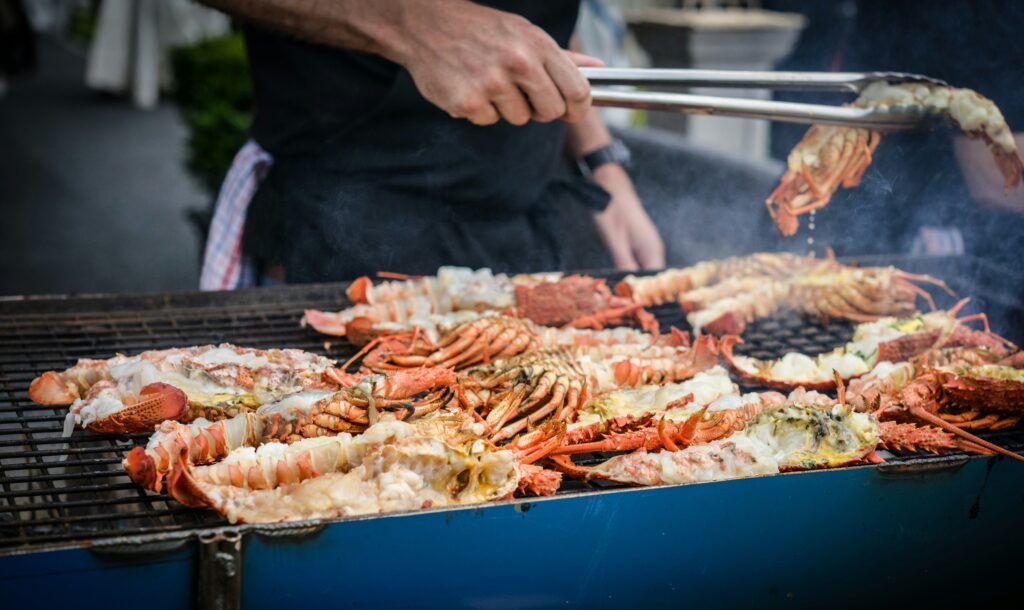 A Chinese food streamer was banned from a barbecue buffet restaurant for overeating.

Known only as Mr. Kang, the personality in the video was blacklisted at the Handadi Seafood BBQ Buffet in Changsha City after repeatedly consuming an unfathomable amount of food.

After being kicked out of the restaurant, Kang expressed his outrage to local media.

“I can eat a lot, is that a fault? He said, adding that he hadn’t wasted any food.

The restaurant owner claimed the overeating was causing him loss. “Every time he comes here, I lose a few hundred yuan,” he said.

“Even when he drinks soy milk, he can drink 20 or 30 bottles. When he eats the pig’s trotters, he consumes the whole tray. And for shrimp, people usually use tongs to pick them up, he uses a tray to pick them all up.

The story has garnered over 250 million views on Weibo, with many saying the restaurant shouldn’t be an all-you-can-eat restaurant if they can’t afford it.

Others sympathized with the owner of the restaurant.

What we are observing: elections in Chile and Venezuela, Modi flashes, ban on Chinese buffets