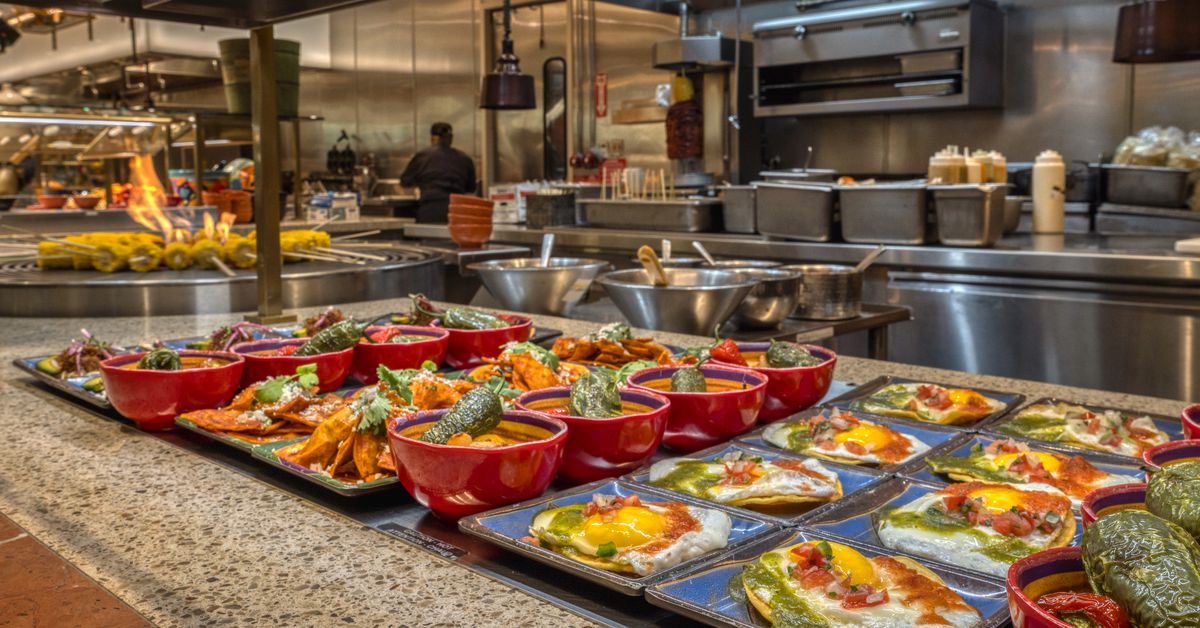 Bacchanal Buffet at Caesars Palace is bringing back its weekend brunch. The buffet reopened in May for dinner only and is now expanding to offer breakfast options at new sweet and savory stations such as a pancake and waffle bar with options such as waffles at red velvet, pancakes for birthday cakes, green tea pancakes and vanilla French toast. Customers can choose toppings and sauces for their pancakes and waffles including Lilikoi syrup, cajeta (Mexican caramel sauce), Nutella, whipped cream, marshmallow cream, banana compote, fresh berries, chocolate chips, rainbow chips, mini marshmallows, graham cracker crumbs, and more.

Other options include a lemon blueberry parfait, a raspberry chia seed parfait and an acai bowl with an assortment of seasonal fruits; smoothie flavors such as pitaya (dragon fruit), pineapple turmeric and an all green version; spam musubi; and a sweet Tamago omelet nigiri.

By September 8, the city will once again have 10 buffets inside the casinos. Market Place Buffet returned to Rampart Casino on August 26th and The Buffet at Luxor reopened on September 1st. Others that have reopened include The Buffet at Excalibur, The Buffet at Wynn, Bacchanal Buffet at Caesars Palace, Garden Buffet at South Point, Wicked Spoon at the Cosmopolitan of Las Vegas, the Circus Buffet at the Circus Circus and the MGM Grand Buffet. . The all-you-can-eat Garden Court Buffet reopens daily with brunch from 8 a.m. to 2 p.m. at Main Street Station, as well as dinner Friday and Saturday from 4 p.m. to 9 p.m. on September 8.