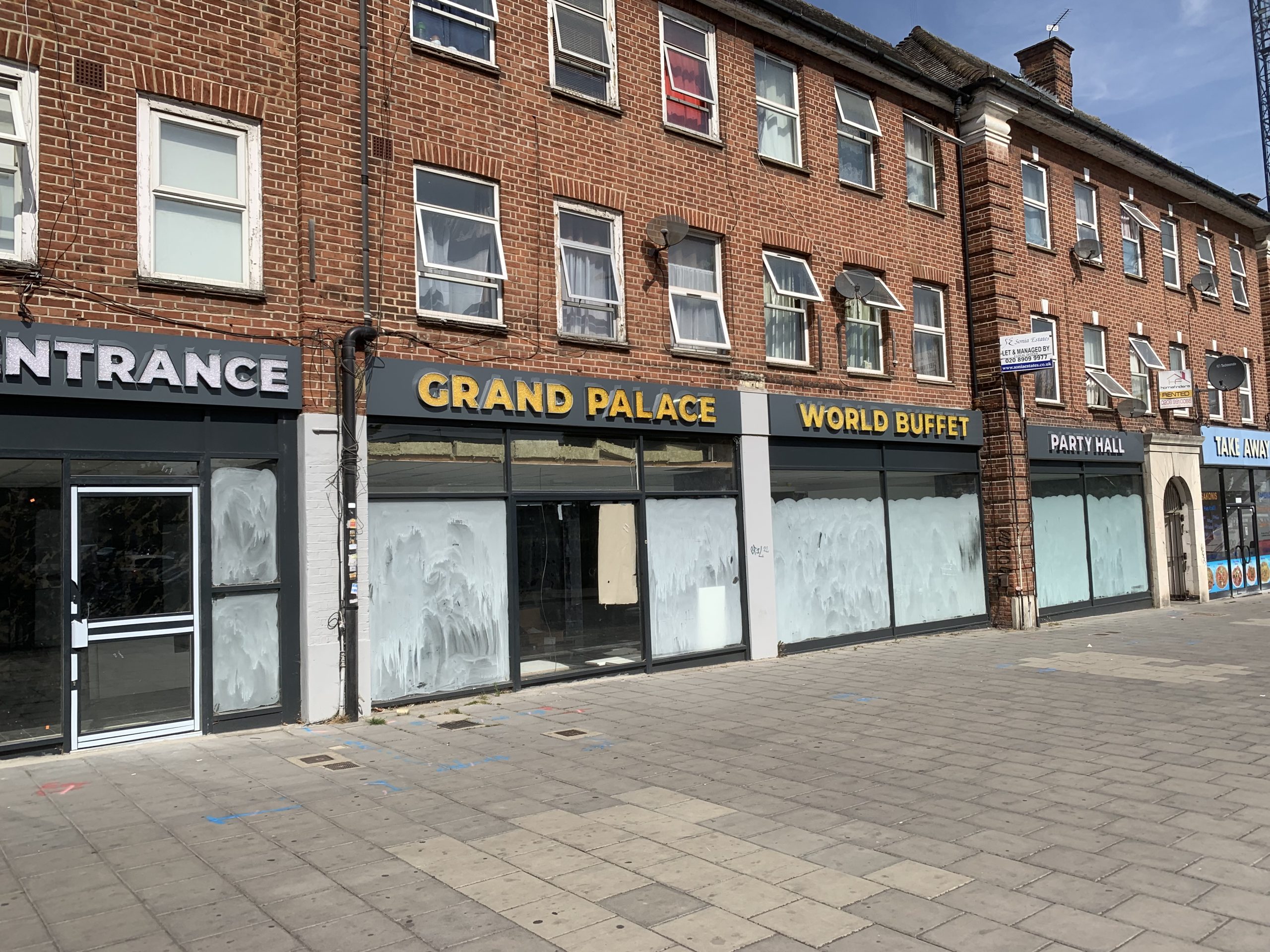 A new ‘World Buffet’ restaurant will open in Harrow

There is a new buffet restaurant, currently under construction, due to open in Harrow town centre.

The new restaurant, called “Grand Palace World Buffet”, will open in the former Topps Tiles building, which also housed the Harrow branch of Blockbuster Video in the 1990s.

Not much is yet known about the new buffet restaurant, but enthusiastic residents have contacted Harrow Online to try and find more information.

One person said: ‘Just walked past Tesco on Station Road and a new world buffet restaurant is being refurbished, do you know when it will open and what type of food it will be selling? if it’s something like Wembley which was also at Watford, we’re in for a treat!”

Another Harrow Online member said: “Hi guys, do you know anything about the new buffet opening in Harrow near the Safari Cinema? it’s just up the street and looks like it’s going to be pretty big, they already have their logo and I’ve seen painters and decorators inside doing it”.

The Grand Palace World Buffet will be opening at 1-4 Dominion Parade, Harrow HA1 2TR, right next to Tesco, let us know your thoughts and feedback on this in the comments on our social media.

Are you aware of a new business opening in Harrow? If so, contact our information office via [email protected], or you can WhatsApp 07999 293 922.

Jurong Point is now hosting an all-you-can-eat durian buffet starting at $38 until August 21 with D24 and MSW to take advantage!